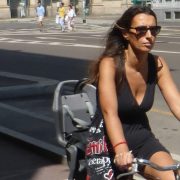 Federal infrastructure spending is generally popular across the political spectrum – but with research-informed policy-making, that infrastructure spending could be more effective in achieving multiple policy objectives, including greater gender equity.  A large part of President Trump’s $1.5 trillion infrastructure plan is slated for improvements to our transportation system.  With significant public and private partnerships envisioned, policy choices at all levels of government and within private sector organizations are important for achieving a more gender equitable public transportation system. 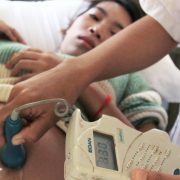 In the world’s richest country, maternal mortality rates are rising steadily. A 2016 study revealed a drastic increase in U.S. deaths during childbirth from 2000 to 2014, while worldwide rates were dropping. Advanced industrialized countries overall have an average maternal mortality rate of 12 deaths per 100,000 live births, while the U.S. has a rate of 19.9. Measuring up to 42 days after birth, the current rate for the U.K. is 8.9 deaths per 100,000 live births. There are a number of factors that play into maternal death rates, but given that the vast majority of pregnancy-related deaths are preventable, it is reasonable to conclude that greater availability of medical care could reduce this elevated death rate (and, conversely, a contraction of such care may well lead to higher mortality). This conclusion is borne out in a comparison of two states, Texas and California. Beyond their differences in the expansion of insurance to low-income residents, these states also differed in their attention to maternal medical care. 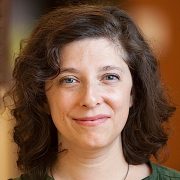 As Minnesota prepared to host the Super Bowl, increased attention was given to the issue of sex trafficking. In a Civios podcast, Lauren Martin, director of research at the Urban Research and Outreach-Engagement Center (UROC) and affiliate faculty member of the Humphrey School of Public Affairs, addressed the way that Minnesota state policy and research impacts federal policy related to sex trafficking and commercial sex. 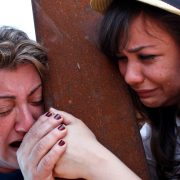 In his State of the Union Address, President Trump continued to insist on building a $25 billion wall along the Mexico-U.S. border—a farcical waste of taxpayer money. Undocumented migration from Mexico to the U.S. essentially ended ten years ago; the total number of Mexican immigrants has stabilized at around 11.7 million persons, as the number of undocumented Mexican migrants declines. This is to say, since 2008, the net number of Mexicans (in any legal status) entering the U.S. has been zero or negative.The push for a border wall doubles-down on past failed policies and the particularly vulnerable population of women and children they created, yet no border wall can affect a migratory flow that has already gone negative. 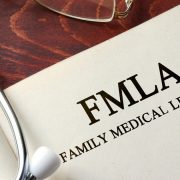 On the 25th anniversary of the federal Family and Medical Leave Act, Gender Policy Report Labor & Family contributor Debra Fitzpatrick connected with Jackie James, co-director of the Center on Aging & Work at Boston College, and Jennifer Greenfield, assistant professor at the University of Denver/ Graduate School of Social Work, to discuss the law and proposed policy innovations. They recently co-authored an OpEd and spearheaded an effort to engage 113 researchers on aging, work and family issues to advance specific policy solutions. 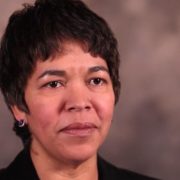 The Gender Policy Report is pleased to welcome Professor Zobeida Bonilla as a new curator to our health page. A medical anthropologist and public health practitioner, Zobeida Bonilla brings expertise to the Gender Policy Report on issues of maternal child health, global health and the health of the Latino community in the United States and the Spanish-speaking Caribbean. In addition to her role as Assistant Professor in the Division of Epidemiology and Community Health at the School of Public Health at the University of Minnesota, Bonilla has over 15 years of practice experience in public health working with state and local departments of health and in the non-profit sector working with the women’s health group Our Bodies Ourselves. Bonilla looks forward to creating conversation among practitioners, activists and researchers in the Gender Policy Report.