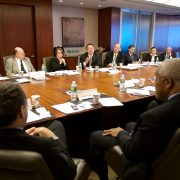 Gender quotas for corporate boards raise the proportion of female directors, because waiting for companies to voluntarily add women to their boards has proven an extremely long-game. In fact, even threatening companies with quotas can boost women’s appointments. As California considers the move, Europe provides evidence of its effectiveness.This August, California could become the first U.S. state to adopt gender quotas for corporate boards. The potentially precedent-setting bill has passed the state Senate, but opposition has emerged as the state Assembly begins deliberations. The deputy editorial editor of the Los Angeles Times referred to the measure as “social engineering at its worst,” and the California Chamber of Commerce argued the bill would reduce efforts to achieve workplace diversity by privileging gender over other identities. But the research is clear: state regulation is the only proven effective tool for speeding up women’s appointment to corporate board positions. 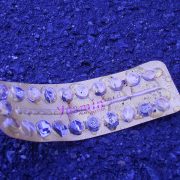 Title X of the Public Health Service Act is the only federal program devoted exclusively to family planning and reproductive health care. Title X is symbolic of the mid-20th century’s widespread and bipartisan support for policies aimed at increasing access to affordable contraception. More recently, the once-separate politics of abortion and contraception have converged. Just as we see a growing number of “abortion-free zones,” we are witnessing the growth of contraception deserts, or geographic areas with inequitable access to affordable family planning due to states’ broad discretion in Title X implementation. New and proposed reforms to Title X at the state and federal levels may expand contraception deserts. This inequality isn’t trivial. Two-thirds of reproductive age women in the U.S. use contraception, and more than 20 million women require the assistance of public programs to afford that contraception.