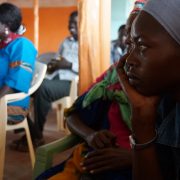 World leaders have set a goal of gender equality by 2030, yet experts caution that it can’t happen if data gaps are not solved. One noted, “Data saves lives. It captures the attention of policy makers and focuses their efforts on the right issues.” That is, as advocates put it, we must “count women” if we are to garner large-scale support and resources for women and girls. To learn what this emphasis looks like in implementation, I asked international development practitioners how gender-related measurement is carried out at their project sites—and with what effects? What I heard resonates with the words of former USAID Administrator Andrew Natsios: focusing on measurement is important, yet it also “ignores a central principle of development theory… programs that are [the] most transformational are the least measurable.” 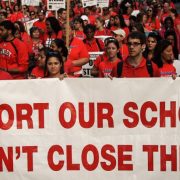 The recent #RedForEd strikes have highlighted a duality that Black women educators have long addressed–that their interests as public employees are connected to their concerns for the communities they serve. 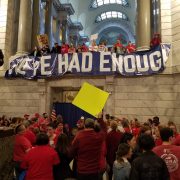 The West Virginia teachers’ strike builds upon a longer movement that has primarily been led by women in Appalachia, one staked on expanding working people’s access to political power and equalizing public services. 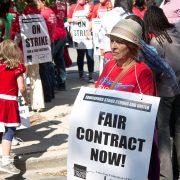 The spring 2018 teacher strikes in Republican-dominated states were an unprecedented, collective response of a mostly female workforce against a decades-long assault on public education. 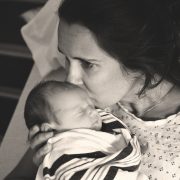 Across parties, politicians are showing increased interest in developing policies around paid family and medical leave, especially for new parents.  The latest creative example is Republican Senator Marco Rubio’s Economic Security for New Parents Act, backed by the Independent Women’s Forum, a politically conservative US non-profit advocacy organization. The bill would allow households with a new child (biological or adopted) to access Social Security benefits to cover their parental leave, in exchange for delaying receipt at retirement. The proposal has received little support from Democrats or the public, yet it is noteworthy that Republicans are offering new ideas for addressing the changing nature of and needs of modern families – for instance, the mother is the sole or primary earner in 40% of families with children under age 18 (2013 Pew report) – for paid leave after the arrival of a child. The United States is an outlier, late to the recognition that economic instability during family formation is a public problem worthy of a public response. Research shows the benefits of such paid leave for mothers, fathers, children, and employers.  The dominant policy around the globe and in seven US states is publicly run social insurance, under which workers and/or employers contribute to a fund accessed by workers during their leave. 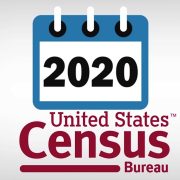 On September 21, a federal judge ordered the Trump administration to make its main official behind the 2020 census citizenship question — Commerce Secretary Wilbur Ross — available to testify out of court for the lawsuits over the hotly contested question.  More than two dozen cities and states have filed lawsuits to try to remove the question.  The Gender Policy Report sat down with demographer Sara Curran to get some background on the Census and the inclusion of an immigration question in 2020.