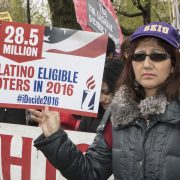 The derision of Latinas/os and Latin American immigrants has been a central and calculated strategy of the Trump administration from the infamous 2015 campaign announcement maligning Mexican immigrants as “criminals” and “rapists”. 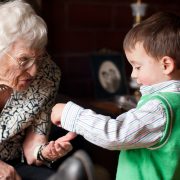 As our country braced for another threatened government shutdown last week, federal workers are more aware than ever that they must be prepared for swaths of time without a paycheck.  As was clear last month, a staggering number of workers cannot weather a period of missed pay, let alone plan for a time when they can no longer work because of unemployment or illness. And this says nothing of the dream of a well-deserved retirement. But it’s not just government employees who live on this edge. Cringe-inducing stories of working Americans losing their homes, choosing between food and medicine, working just to cover their debt payments, going to work sick because they can’t afford the risk of being fired, and spending hours transferring from bus line to bus line to get to a minimum wage job have been part of the American experience since (and well before) the 2008 financial crisis.