As thousands of teachers went on strike in West Virginia last year, journalists and pundits framed the conflict in the regional context of coal miners’ labor battles. In fact, the teachers made powerful use of the collective memory of miners’ strikes; they even wore red bandanas, hearkening back to the Battle of Blair Mountain, the largest labor uprising in U.S. history.

Yet, when journalists focus on mining to the exclusion of all else in the region, they obscure West Virginia women’s labor and activism, as well as the ways that the consequences of contemporary attacks on public sector workers fall disproportionately on women and people of color.

Historian Elizabeth Catte, folklorist Emily Hilliard, and West Virginia public school teacher Jessica Salfia point to that long history of women’s activism in their remarkable new book, 55 Strong: Inside the West Virginia Teachers’ Strike. In the best tradition of documentary writing and film in Appalachia, Catte, Hilliard, and Salfia take as their guides the people working toward change in their own communities. In a powerful introduction, Salfia tells her mother’s story: a single parent who worked as a day-to-day substitute teacher and struggled to provide for her family. When, in 1990, West Virginia teachers went on strike, Salfia’s mother went without a paycheck to support those teachers. “When I think about my memories of the 1990 strike, it’s the strength and awe I remember,” Salfia writes. The teachers “held out” until they got what was best for them and their communities, and the resulting 1990 pay raises helped West Virginia schools climb from 49th in the nation to 31st.

On the eve of the most recent strike, teacher pay was back to 48th in the country.

The stories related in 55 Strong indicate that new labor struggles have as much to do with education funding and tax policies as they do wages and working conditions. Thus, in approaching this new labor struggle only within the confines of coal mining history, we also miss the longer histories of public sector workers’ battles for fairness and the rise of often gendered public sector and service work in the region and nation. As Jon Shelton points out, public sector unions provide the most promising path for female teachers to improve their economic position.

The teachers of the 1990 strike also built on a longer movement staked on expanding working people’s access to political power and equalizing public services.  For instance, as I document in my forthcoming book, To Live Here, You Have to Fight: How Women Led Appalachian Movements for Social Justice, beginning in the 1960s, women throughout Appalachia campaigned for stronger social welfare programs, equal access to justice through legal aid services, and quality public education. Women mobilized after passage of the Elementary and Secondary Education Act, meant to ensure equal access to quality education, and protested at Appalachian school board offices, often controlled by middle-class elites, when school officials failed to follow the law. Their protests helped to expand access to textbooks and free school lunch programs and improved public education.

Over the last three decades, conservative legislators have slashed funding for public education, eroding previous gains and leaving teachers to scramble to do more with significantly less—in the classroom and at home.

By February 2018, teachers faced labor shortages in their schools and rising costs in the state health insurance plan, which would chip away at their already declining salaries (averaging $45,000 at the time of the strike). They needed and deserved more, yet they were facing a pay cut. “It was unfathomable,” Salfia writes.

West Virginia’s education rankings had again tanked as state legislators cut corporate taxes (with West Virginia rising from 37th to 18th in the nation on the Tax Foundation’s State Business Climate Index). Those tax breaks brought no relief for middle- and working-class West Virginians. A 2016 law that made the state the twenty-sixth “right-to-work” state in the country and denied public sector workers the right to collective bargaining—a huge blow to organized labor in a place known for its militant union history.

Amid declining wages and a hostile political climate, public school employees felt they had little choice but to grind the school year to a halt in February 2018, shutting down every public school in the state.

Legislators attempted to paint them as greedy teachers, willing to sacrifice the well-being of their students for higher pay.

At the capitol, they met some allies, but more often encountered sexism, sneers, and closed doors. As Salfia writes, “There was a clear gender divide between the red-clad folks chanting in the halls and the suit-clad folks sitting in the chambers making decisions…”

In a show of solidarity, bus drivers and service personnel joined the teachers in the walkout, and the strikes helped ignite a wave of red-state teacher strikes. It’s notable that teachers—mostly women—led the way in the most dramatic labor struggle in recent memory. In West Virginia, around 103,000 people work for state and local governments; forty percent of those are employed in primary and secondary education (far outpacing other kinds of government employment and the manufacturing work more often associated with the state). For perspective, fewer than 16,000 people work as coal miners. Manufacturing jobs, once a path to the middle-class, have been replaced by low-wage service work. In 2015, Wal-Mart replaced Weirton Steel as the largest employer in the state.

In this new economy, public sector work has become the most reliable path to the middle class, especially for women.

In the 2016 presidential election, West Virginia was caricatured as Trump Country, but its teachers defied the common perception of a nihilistic, white working-class electorate. Teachers walked out because of policies geared toward divestment and maximizing profits for a relative few. As they did, they shifted the narrative toward what many in Appalachia desire: fairness and a better future for everyone.

After thirteen days, the teachers reached a settlement with the state. It included a five-percent pay raise for teachers and other state workers and a freeze on health insurance costs while the state explores ways to stabilize the program. Teachers turned out, putting feet to the pavement and overwhelming state legislators.

Their fight underscored how austerity and pro-corporate policies undermine the caring labor of workers whose efforts are not staked on profits but social reproduction and the common good.

When I teach labor history, I usually start with the Battle of Blair Mountain, when workers exposed the harsh realities of coalfield capitalism and rallied for labor power. Today, I look forward to bookending that history with the rise of the new working-class movement and shifting analyses to public sector female workers and the new working conditions and demands of organized labor. Workers of today are fighting for good jobs. But they are also demanding high quality schools, health care, and other elements of a strong social safety net. 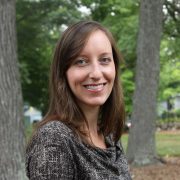 Jessica Wilkerson is assistant professor of history and southern studies at the University of Mississippi. She is author of To Live Here, You Have to Fight: How Women Led Appalachian Movements for Social Justice, forthcoming University of Illinois Press.

Serving the Public: Black Women at the Center of Labor Struggle
Scroll to top