This past January I went to Richmond, Virginia to advocate shoulder-to-shoulder with activists for passage of the Equal Rights Amendment by the 38th and final state needed to ratify it into the U.S. Constitution. It was historic. Even the national press awoke: ABC, NBC, CBS, PBS, Fox, the Washington Post, the New York Times, and more media who had turned a blind eye to women’s rights for decades at last covered the story.

There’s been a remarkable resurgence for the ERA all across America. This renewed ERA effort began in 1997 with a report stating that the rescindments and time limits attached to the amendment were unconstitutional. But the tide really turned in 2017 when Nevada elected a majority of women into their legislature and then became the 36th state to ratify the federal ERA.

The tide turned in 2017 when Nevada elected a majority of women into their legislature and then became the 36th state to ratify the federal ERA.

In 2018, Illinois—the only northern industrialized state that hadn’t previously passed the ERA—became the 37th state in the nation to ratify it.

Both these states did so with bipartisan support, because a vote for the ERA is a vote for equality. Period.

ERA Minnesota, the organization I founded in 2014, is a lead member of national ERA organizations ERA Coalition and Equal Means Equal, and we’re affiliated with state and local organizations across the country. This movement is aimed at systemic change: to change a system of repression and subjugation that has thwarted women’s progress for centuries.

This movement is aimed at systemic change: to change a system of repression and subjugation that has thwarted women’s progress for centuries.

We intend to secure constitutional underpinnings to protect Americans from sexual violence, pay inequity, pregnancy discrimination, and gender discrimination via the ERA.

The watershed moment for our movement in January came about when the Virginia House and Senate elected their first female Speaker in 400 years of the Commonwealth, then rapidly ratified the federal ERA. The U.S. House then voted to revive the ERA, removing the ratification deadline. This “Delete the Deadline” bill now has 49 co-sponsors of 100 Senate members, and 224 co-sponsors of 435 House members.

Why Do We Need the ERA?

Why do we need the ERA?

Because women make on average 81 cents to a man’s dollar, with much, much larger inequities for women of color; because more elderly women than men live in poverty; because two-thirds of minimum-wage earners and tipped workers are women; because less than 1 percent of rapes lead to felony convictions; because we are still fighting the battle for voting rights for all; because one in five women will be raped during her lifetime; because women still get fired for being pregnant; because child care can cost more than college; because some bosses deny workers birth-control coverage; because we’re one of only five countries in the world that have no paid maternity leave; because women can fight and die for their country but don’t have equal rights, and because women are not willing to wait another 244 years for equality. That’s why.

Pushback Past and Present

The person who publishes a new constitutional amendment once the 38th state ratifies it is the U.S. Archivist. In 2012, he sent ERA advocates a letter stating he would certify once the 38th state ratified, despite time limits and rescindments, since the Constitution doesn’t allow either rescindments or sunsets on amendments. However, when prodded by the Trump administration’s Department of Justice, which issued an opinion that the 1979 deadline killed the ERA, this same Archivist demurred, saying he’d look to an answer from the courts. (Our constitutional experts say otherwise).

It seems antithetical to this country’s Declaration of Independence that women have a deadline for equality. Yet upon closer inspection, that document states: “We hold these truths to be self-evident, that all men are created equal.”

And there’s the rub: Women were intentionally left out of the constitution from its inception. In 1776, Abigail Adams wrote to John Adams admonishing him to “Remember the ladies, and be more generous & favourable to them than your ancestors.” But Adams did not do so. And until we right this egregious wrong, we will continue to play catch-up in America.

Patriarchy is the system of society and governance in which men hold the power and women are excluded from it. And power doesn’t give itself up. Politicians, religious conservatives and corporations who oppose the ERA have a financial stake in charging women more for similar services – from insurance to healthcare to dry cleaning. Pushback continues to amplify the closer we get to legalizing equality.

Opponents argue that because Idaho, Kentucky, Nebraska, Tennessee and South Dakota rescinded their ratifications, the ERA has not reached the constitutionally required number of state approvals. But Virginia Attorney General Mark Herring counters by calling rescindments “purported rescissions,” reminding opponents and the court that the Constitution does not give governments the power to rescind. There’s precedent at the Supreme Court because two states attempted to rescind the 14th Amendment but were turned back because a state cannot rescind “after the fact.”

A Catalyst for Justice

Now that we have met the constitutional requirements to ratify the ERA, lawsuits are flying:

This anniversary reminds us that gaining the right to vote was a 100-year battle, and so is the ERA.

We are the torchbearers, the modern-day suffragists who will claim our inalienable right to equality for all by ratifying the ERA into our U.S. Constitution. We’re on the right side of history. We won’t take no for an answer. And we will prevail. 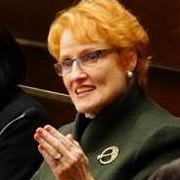 Betty Folliard is a founder of ERA Minnesota and a former three-term member of the Minnesota House of Representatives.

The ERA’s Threat to Sex Equality
Scroll to top