Men commit the vast majority of gun violence in the U.S. According to FBI data from 2017, men were responsible for 88.1 percent of all homicides, and firearms were used in 72.6 percent of homicides. Women in the US have the same ability as men to acquire, use, and kill with guns—but they do not. This disparity can partially be explained by how guns have been marketed toward men, but it also requires a broader analysis of gender. How are masculinity and gun ownership linked? How are masculinity and gun violence linked? And how might they be delinked?

As a scholar of rhetoric—someone who studies the relationships among language, thought, feelings, and action—I’m interested in seeing how language shapes and misshapes our lived reality. And I am interested how different ways of thinking, feeling, and acting can help create a better future.

In my own research, I have focused on “protection” to examine the link between gun violence and masculinity. According to a 2017 poll from the Pew Research Center, 67 percent of gun owners cited “protection” as a major reason for owning guns. That has not always been the case. According to a 1999 poll, “hunting” topped the list, while only 26 percent of owners cited “protection.”  “Protection” has not always been the major reason for gun ownership. The connection between guns and protection is human made, not natural nor inevitable.

“Protection” has not always been the major reason for gun ownership. The connection between guns and protection is human made, not natural nor inevitable.

The desire for protection has a commonsense appeal—of course we want to protect and be protected. But things get more complicated when we push on the term: From whom or what do we want protection? Who is “we”? Whose lives are deemed worthy of protection and whose are not? Who is and is not encouraged to assume the role of protector? Moreover, protection can be enacted by what means? And at what cost?

Men have been taught to assume the role of protector, and they have been taught that guns are the best means of ensuring protection against “them”: “bad” people entering our homes, communities, or country. Here’s President Trump at the National Rifle Association’s 2017 convention: “For too long, Washington has gone after law-abiding gun owners while making life easier for criminals, drug dealers, traffickers, and gang members.”

The “protection from them” narrative is deeply inaccurate about actual risks from “outsiders” and it traffics in racist tropes against people of color (“law abiding,” for instance, is a term regularly racially coded to mean “white”).

The protection narrative unevenly distributes benefits and burdens. For example, openly carrying a gun is a privilege typically afforded to whites; moreover, the purported security that a gun carrier feels can simultaneously place others in a state of heightened vulnerability and danger.

While the “protection from them” narrative imagines threats coming from outsiders, FBI data from 2017 show that “28.0 percent of homicide victims were killed by someone they knew other than family members (acquaintance, neighbor, friend, boyfriend, etc.), 12.3 percent were slain by family members, and 9.7 percent were killed by strangers.” Even if the rate of violence committed by strangers is higher, given that “relationship between murder victims and offenders was unknown in 50.0 percent of murder and non-negligent manslaughter incidents,” the number of victims killed by family members or someone else they knew still accounted for at least 40 percent of homicides in that year.

To focus on the harm initiated by “them” ignores the harm that comes from “us.”  A shift from imagining “protection from them” to “protection from us” can broaden public understanding of where gun violence happens, who commits it, and how it might be addressed.

By “us” I mean at least two things. First, Americans need to acknowledge and address the violence perpetuated by people from inside “our” country, communities, and homes. Those who have been able to ignore gun violence or cleanly separate themselves from it (i.e., it is their or his problem only) need to reconsider how individual and collective actions—or inactions—have made this violence possible. As I wrote in After Gun Violence, “The cycle of gun violence and inaction is not just someone else’s problem. It is America’s problem [even if some communities and individuals feel it more directly than others]. The problem is ours. And it waits for us to claim it as our own.”

Second, white men need to reckon directly with the consequences initiated by other white men with guns, namely, domestic violence, suicides, mass shootings, accidents, and terror. Guns purchased for protection against “them” can actually make you—and all of “us”—less safe.

To be clear: I am not suggesting that the desire for protection is never justified, nor am I denying that, sometimes for some people, a gun might be the best bet for securing protection. But protection should be imagined and discussed in broader ways to be careful about how we construct “them,” and to recognize the need for protection from “us” as well as safety for all (while also recognizing the permeability of “them” and “us” categories).

Given the many forms of gun violence, there are a variety of possible solutions, including reforms to economic and gun policy. Those policy changes are urgent.

Masculinity, however, also needs to be reformed. We need to popularize forms of masculinity that think critically about the protector role. And, if this role is ultimately worth keeping, then it must be delinked from guns and violence. Someone can “be a man”—even a straight, wealthy, able-bodied “manly man”—and choose not to own or use guns against anyone. 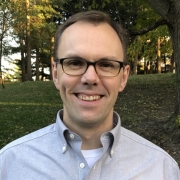 Craig Rood is an Assistant Professor and Coordinator of the Program in Speech Communication at Iowa State University. He is the author of After Gun Violence: Deliberation and Memory in an Age of Political Gridlock (PSU Press, 2019).