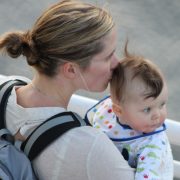 In child care policy, as in so many other realms of public life, the United States has taken its own—distinctive– course. Unlike most other wealthy market societies today, the US has failed to develop a nationwide, government-subsidized and -regulated system of child care, resulting in what many call a “patchwork” of services.To address this gap, many prominent political figures are currently proposing major plans for a federal child care program. These politicians include not only declared Democratic presidential candidates, but also first daughter Ivanka Trump. Most of them, however, fall short of the best programs to be found elsewhere among advanced economies. 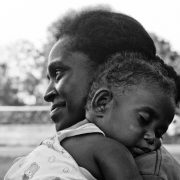 The childcare and preschool labor market has long been characterized by low wages and high turnover despite ample evidence that quality care is critical to child development.  That’s because, as families struggle with the cost of early care and education (ECE), teachers and care providers describe being paid “less than parking lot attendants and dog walkers.” They, too, are struggling.Virtually all (95%) of this workforce is female, with women of color making up a greater share of the care providers and teachers who have less than a college degree.

How do reformers win government subsidies for childcare in a country in which both the public and policymakers view the care of small children as a family—rather than state—responsibility?  Feminists have long contended that affordable childcare, like access to abortions, equal pay, and an end to sexual harassment, is a necessary precondition for gender equality (though, as Lynn Chancer observes, childcare is much less visible as a feminist issue today as it was in the 1960s). And advocates have argued since the 1980s that the reality of the two-earner American family requires state-subsidized, high-quality childcare. Still, the federal government has maintained a strikingly limited role in assisting working parents with the cost or provision of childcare.Public preschool presents one recent exception:  by re-framing “childcare” as “early childhood care and education,” reformers have successfully expanded state investments.

Receiving a newborn is a major life event. It involves tough decisions about who will be available to care for the baby, work-shifts after sleepless nights, and unexpected runs to the doctor to tend fevers. While newborns turn parents’ lives upside down with joys and stresses, it is the lack of affordable and universal childcare that transforms these life changes into major increases in inequality. My ongoing research shows that the cost of childcare is an underappreciated mechanism of class inequality, with implications for both gender and racial inequality as well.

American, second-wave feminism immediately brings to mind fights over abortion, violence against women, and sexual objectification (notably, the protests at the 1968 Miss America pageant in Atlantic City). Much less frequently remembered is that early liberal and radical feminists — many of whom were involved in starting the National Organization of Women (NOW) — saw the provision of affordable and high-quality universal day care as a major sine qua non of “women’s liberation.” Why? And what happened to strip this vital issue out of politicians’ platforms and feminist cultural discourse (let alone feminist activism en masse)?