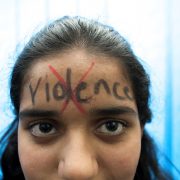 Anti-violence advocates had grave concerns about the Trump Administration. Its first 100 days have done little to allay those fears. Instead, we’ve seen a stunning lack of concern regarding the impact of leaders and policies on gender-based violence in the U.S. and internationally. If the Administration wanted to change the perception that it cares little about gender violence, fully funding VAWA, committing to continued enforcement of criminal and civil laws, and protecting the health, welfare, and dignity of those subjected to gender-based violence would be a good start. For victims of gender-based violence, such support cannot come soon enough. 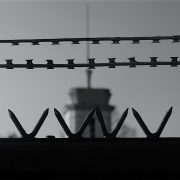 The expansion in imprisonment rates in the U.S. since the 1970s is well known. Less well-reported, however, has been the way this expansion affected women. Although a small share of the prison population (7 percent), women’s imprisonment rates grew faster during the prison boom and have seen a slower decline since 2010. By 2015, over 110,000 women were in prison nationwide—of which, nearly 50% were women of color.[1] Women have unique pathways into and out of prison: women behind bars are more likely to be parents, to have histories of drug use and family trauma, and to be raped while in prison. 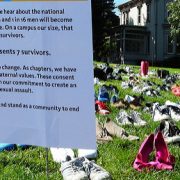 Two important Trump education picks have either refused to endorse or openly criticized Title IX, the landmark 1972 federal law that prohibits discrimination on the basis of sex in any federally funded program. Betsy DeVos, Trump’s nominee for Education Secretary, refused to answer whether she would enforce the law during her confirmation hearing, while Jerry Falwell Jr., Trump’s pick to lead a federal task force on higher education, has stated he would like to curb the rules that require colleges to investigate campus sexual assault under Title IX. What might a rollback of Title IX under the Trump administration imply for the incidence of campus sexual assault and campus climates? The challenges and opportunities to fight sexual assault on campus are better understood when we consider 1) legislation in place concerning campus sexual assault, and 2) the role of formal and informal institutions in the enforcement of these laws. Specifically, enforcement of existing formal rules has helped to create campus climates in which it is clear that sexual violence is not tolerated, and in which victims are encouraged to come forward and report crimes because they can expect a quick, protective response. A change in federal policy will bring about a corresponding and equally important change in informal institutions, sending a chill over campuses that have only recently begun to work in earnest against campus sexual assaults. 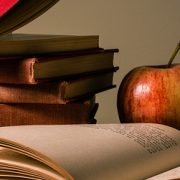 From 1998 to 2010, Betsy DeVos and her family’s foundations donated millions dollars to Focus on the Family. A decade earlier, she and her parents gave the organization funds to launch its political lobbying firm, the Family Research Council. Their donations helped transform Focus on the Family from a small organization centered on James Dobson’s conservative Christian parenting books into a multimedia empire with syndicated radio broadcasts, a publishing house, and an extensive online presence that promotes and echo-chambers its conservative Christian worldview. The immense investments in Focus by DeVos and her family reveal her deep connection to the ideals of the organization and to Dobson himself, who was its CEO until 2009. When DeVos states, “If confirmed, I will be a strong advocate for great public schools. But, if a school is troubled, or unsafe, or not a good fit for a child . . . we should support a parent’s right to enroll their child in a high-quality alternative,” we should not assume that she agrees with most educators on the definition of what constitutes a “great public school” or an “unsafe” one. Due to her financial support of Focus on the Family, it is reasonable to believe that her priorities align closely with Dobson’s. A closer look at Dobson’s public efforts to bring conservative Christian perspectives into the public conversation about schools will make the differences in these pivotal definitions more apparent. 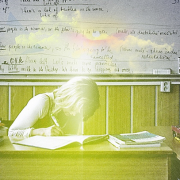 In spite of the largely local control of U.S. education policy, there are many ways that federal and state governments impact school policies and practices, from what’s taught in the classroom to what’s served in the lunchroom. Given the Republican control of both Congress and the White House, we may see departures from the Obama Administration’s practices that will impact not only federal, but also state-and local education policy. Whether or not Republicans implement proposals to change current policies, they will send strong signals to local school districts about what’s possible and permissible over the next four years. As the curators for the Education section, we’ll be looking at a host of issues using an intersectional lens, where we examine gender, race, indigeneity, gender and sexuality when attending to policy issues.