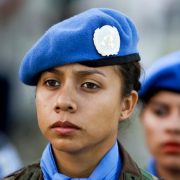 The Trump administration has made more legislative progress toward advancing women’s rights and well-being as a goal of U.S. foreign policy than the last two Democratic presidential administrations. This isn’t only surprising because of the partisan divide, but also because the Trump administration has cut foreign aid to women and left the position of U.S. Ambassador-at-Large for Global Women’s Issues vacant. How can we make sense of the administration’s successes in this area when it has otherwise has shown little tangible policy progress in advancing women’s rights within the U.S. or elsewhere? The answer appears to reside in a growing, strong bipartisan consensus that women need to be equal agents of peace and security in American foreign policy. Both this important policy advance and the consensus behind it are clear in the recent passage of the Women, Peace, and Security Act of 2017 (WPSA). 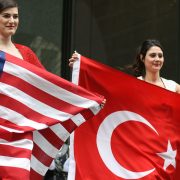 Recently-confirmed U.S. Secretary of State Mike Pompeo tweeted back in 2016 that Recep Tayyip Erdogan’s Turkey was a “totalitarian Islamist dictatorship”. Things have gone further south in recent months, mainly due to stark policy differences between the two governments on the Kurds in Northern Syria, along the Turkish border. Specifically, the U.S. continues to arm the Kurdish YPG (People’s Protection Units) in Northern Syria despite Turkey’s protests. Moreover, relations have been aggravated by the United States’ refusal to extradite the Pennsylvania-based Muslim cleric Fetullah Gulen, whom Turkey accuses of plotting the failed coup in July 2016. And relations hit a new low in fall 2017, when the arrest of two local U.S. Consulate employees in Istanbul caused a dueling visa ban between the two countries that lasted for two months. U.S.-Turkish relations have many points of tension, but developments in the border region of Antakya may provide some common ground. These developments show a radically different side of Turkey not often represented in the U.S. media. At the grassroots, women activists from the ethno-religious Arab Alawite minority group are pushing for a more inclusive, secularist, egalitarian nation. 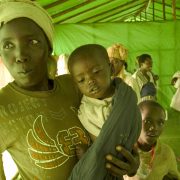 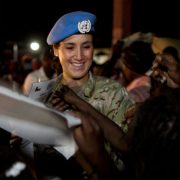 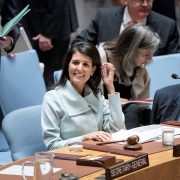 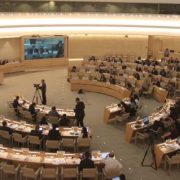 In its first 100 days, the Trump administration’s “America First” rhetoric and actions have led to an increased focus on national security and a retreat from international institutions. In particular, these early days have been marked by disengagement from or attacks on international human rights systems that play a key role in the protection of women’s rights. For all their shortcomings—including their own historic gender biases—international human rights norms and institutions provide an advocacy space for groups whose dignity, worth, agency, or security have been systematically undermined by state policy and practice. This has been especially true for the rights of women. We have observed retreats from human rights at home, from human rights in foreign policy, and from the spaces and practices designed to uphold women’s rights globally. Here, we highlight some of the human rights effects of the fledgling administration’s actions—and inactions.