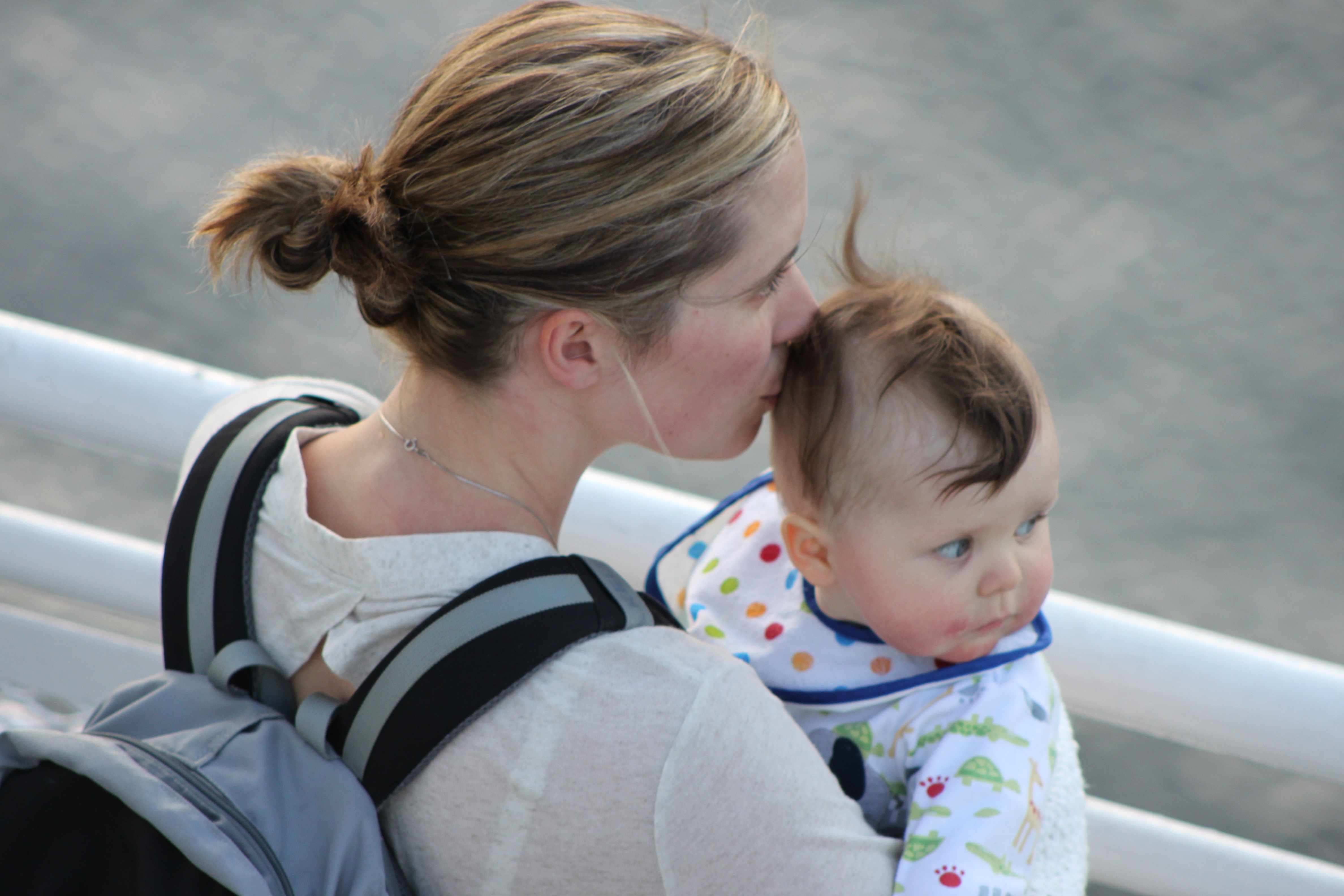 In child care policy, as in so many other realms of public life, the United States has taken its own—distinctive– course. Unlike most other wealthy market societies today, the US has failed to develop a nationwide, government-subsidized and -regulated system of child care, resulting in what many call a “patchwork” of services.

To address this gap, many prominent political figures are currently proposing major plans for a federal child care program.

These politicians include not only declared Democratic presidential candidates, but also first daughter Ivanka Trump. Most of them, however, fall short of the best programs to be found elsewhere among advanced economies.

The most thought-out proposal comes from Senator Elizabeth Warren (D-MA.), whose Universal Child Care and Early Learning Act has two main goals: make affordable, high-quality child care universally available, and prepare children for school. Services would be free to households earning under 200% of the federal poverty line (currently $51,200 for a family of four), and available on a sliding scale to households above that level, up to 7% of their total income.

All of these facilities would be required to meet rigorous standards based on US military child care and Head Start. The estimated cost, $700 billion over ten years, would be offset by Warren’s proposed “Ultra-Millionaire Tax.” She estimates, her plan would nearly double the number of children in formal child care, from 6.8 million to 12 million.

Other candidates frame proposals in terms of the child care needs of their own states. For Senator Kirsten Gillibrand (D-NY), cost is paramount. She proposes doubling the existing child care tax credit from $3000 to $6000 and making it refundable, a feature that would benefit low-income families that pay no taxes.

Senator Amy Klobuchar (D-MN) regards her state’s most pressing problem as “child-care deserts”—rural areas where a lack of services bars parents, especially women, from working outside the home. Her bill, the Child Care Workforce and Facilities Act, introduced in March along with Senator Dan Sullivan (R-AK), would address this shortage by allowing states to compete for federal grants to train more child care professionals and create or expand existing facilities.

Senator Kamala Harris (D-CA) is also concerned with the supply of qualified child care professionals, a point elaborated on by Judy Temple in this Dialogue.  But her approach differs markedly from Klobuchar’s: she supports unionization for child care workers. Otherwise, Harris has not articulated a clear plan for expanding child care per se, focusing more on strengthening early childhood education.

Most of the male Democratic candidates have shown far less interest in this issue.

Pete Buttigieg (mayor of South Bend, Indiana), has expounded on his positions on health care, taxes and voter registration but so far has said nothing about child care. Beto O’Rourke, a former Congressman from Texas, has been rather cavalier on the issue, commenting that his wife was raising their kids “sometimes with my help.”

The exception, is Senator Bernie Sanders (D-VT), who has laid out strong and nuanced remedies for our flawed child care policies.

He recognizes competing financial challenges: on the one hand, many families find child care unaffordable, but on the other, child care workers are, in effect, already subsidizing the system through their low wages.

Without public subsidies, raising wages would make costs even more prohibitive for parents.

Sanders points to the “learning gap” created by poor-quality child care, which leaves many children, especially those from low-income families, unprepared for school. He also links the high cost of child care to the fact that the US is the only developed country that does not offer paid parental leave, leaving parents of newborns the alternatives of staying home or paying for infant care, which is the most expensive because of (understandably) mandatory high caregiver-to-child ratios.

Except for Klobuchar’s co-author, Dan Sullivan, Congressional Republicans have been largely silent on the subject of child care.

President Trump would likely be as well, were it not for his daughter Ivanka adopting child care as one of her signature issues. In one respect, Ivanka Trump’s proposal resembles Kirsten Gillibrand’s: both favor encouraging businesses to take the initiative in increasing supply. But while Gillibrand does not specify either a funding cap or time limit for federal aid, Trump’s plan would be limited to a one-time $1 billion investment “to increase the supply of child care to underserved populations.”

Moreover, Trump’s proposal comes with a requirement that states “establish targets for reducing unnecessary regulatory or other requirements that limit the supply or increase the cost of child care.”

Such a proviso is alarming in a human service field that is already notoriously under-regulated, but the White House claims that what Trump has in mind are, for example, restrictive zoning laws that keep child care centers out of residential neighborhoods.

The US is not only the sole developed society that lacks paid maternity or parental leave but it has also, as noted at the outset, pursued an “exceptional path” when it comes to child care. Most of its political and economic peers (i.e. fellow members of the OECD) have at least some public provisions —in many cases for early childhood education if not full-day child care­– for the majority of its children, leaving the United States at the low end of the scale.

When it comes to child care per se, France and the Scandinavian countries are the well-known stars, with established systems of universal, high-quality, and highly-subsidized provisions.

Denmark, for example, has day nurseries for children from zero to three, day-long kindergartens for those three to six, and before- and after-school programs for older children. All of these programs are primarily publicly-funded, subsidized with parental fees based on a sliding scale. The maximum charge for a day nursery would be about $585/month, or just over $7000/year.

The French system is similar, with one major exception: while Danish kindergartens are designed to “stimulate children’s social, linguistic and democratic skills, primarily through play,” French programs for children three to six are more structured, emphasizing school readiness. Both countries, like all others in the OECD except the US, offer parents generous paid parental leave, with the result that most infants do not enter care until at least three months, if not older.

The US could learn a great deal about child care from these countries, yet if the candidates’ proposals are any guide, most of our politicians and policymakers seem either ignorant of or willfully oblivious to these excellent examples.

Again, Sanders is the exception, noting that in Finland even the wealthiest parents pay only $300 a month for child care (whereas American parents pay, on average, $1000 per month per child).

To be sure, the political cultures and associated histories of social policies in these nations differ markedly from those of the United States, but their trajectories may be converging.

For one thing, U.S. population growth, which has long been robust, is beginning to decline, and analysts are citing the high cost of child care as one reason middle-class would-be parents are choosing to limit their families or forego reproduction altogether. For another, American policymakers, who have historically separated child care from early childhood education, are becoming more aware of the overlap between these two realms and the need to integrate them more fully (see Sandra Levitsky in this Dialogue for more on this move). And finally, while the goal of gender equality does not enjoy quite the level of political support in the US that it does in Scandinavia, it has certainly become more mainstream here.

With so many women vying to lead our nation, it is becoming clear that support for child care is good politics.

Even the current incumbent of the White House has come on board. It is high time for every other serious candidate—at every level of government—to follow suit and make universal, affordable child care not just a political slogan but a reality for the United States. 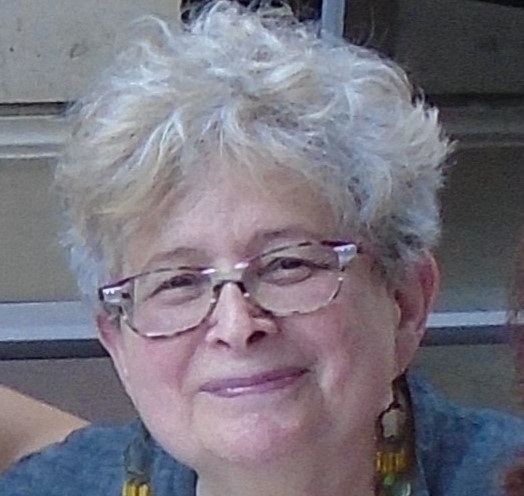 Clemency for War Criminals but not Survivors of Trafficking and Violence?
Scroll to top