The primary objective of FOSTA resonates with the majority of survivors that I know, which is to end exploitation and prevent the harm that is inherent to those in the sex trade. While there may be some who enter the sex trade by choice, it is a lack of choices that drives the majority of us into the trade.

While there may be some who enter the sex trade by choice, it is a lack of choices that drives the majority of us into the trade.

We mustn’t prioritize the “choice” of a privileged few over the exploitation of the majority, who are predominately marginalized women and children of color.

FOSTA was intended to target companies that run websites or online platforms that knowingly facilitate sex trafficking or prostitution of another person. For years, online sex trafficking victims have had no legal recourse against platforms that, for all intents and purposes, were pimping us. The websites that FOSTA targeted knowingly facilitated trafficking. These companies made millions off of my back and the backs of many of my sisters. This legislation finally restores our rights as crime victims, giving those of us who were trafficked online the chance to sue these exploitative websites for civil damages.

As a survivor, I am thrilled for those of us who operated under a “stable” model, with a pimp, bottom bitch, and others performing sex for money for the pimp. Online sex buying was so convenient during the Backpage.com era that it led to a much higher rate of exploitation than before Backpage was available. As others in this series have pointed out, closing the online sites that promote sex buying removes bigger scale online platforms where buyers have exploited vulnerable people. When we remove easy access for buyers, the exploitation of vulnerable people declines.

When we remove easy access for buyers, the exploitation of vulnerable people declines.

And I am thrilled that that this reduces the convenience of selling us as a commodity for those of us who have a “partner” or so-called “significant other” who looks out for our “best interest” by posting posts ads for us. When FOSTA shut down the websites, almost immediately ads went up on Snapchat, Facebook, and other social media sites. Pimps and bottoms were irritated because they had to turn to other sites that were not shut down.

Prostitution, trafficking, and sexual exploitation are harmful whether occuring online or offline. With or without FOSTA, whether or not you consider yourself a “sex worker,” you never know if that trick or john is going to hurt you. It is dangerous no matter how you look at it.

My organization, Breaking Free, targets both the supply and demand. Through our Sisters of Survival Core support group, we are able to help hundreds of people escape systems of exploitation, prostitution, and human sex trafficking. Through our Men’s Breaking Free program, we are making huge strides in changing the paradigm that some men have operated under through introspective mapping, thought, and accountability practices.

As survivors and leaders who exist to help women to escape their violence, paid rape, and prostitution, my clients, board of directors, and stakeholders unanimously want to put an end to a culture that accepts the exploitation of vulnerable people. We cannot and will not rationalize a culture of online exploitation as somehow beneficial to those being exploited.

We cannot and will not rationalize a culture of online exploitation as somehow beneficial to those being exploited.

Over the past decade, a number of online websites joined Backpage as facilitators of prostitution and trafficking. If we want to address the real harm, which is sex buying, we need to address the demand. If we allow people to be purchased for sex with immunity, how are we helping with the solution?

For those of us who had to endure sexual relations with hundreds of men over the course of our lifetimes, coupled with degredation, violence, and a deterioration of self with each and every transaction, we must look for any and all ways to stop the exploitation. Kudos to FOSTA. 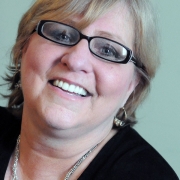 Terry Forliti is the Executive Director of Breaking Free, a Minnesota nonprofit that helps hundreds of women each year escape systems of prostitution and sexual exploitation through direct services. An abuse survivor herself, Terry is a member of the Minnesota Human Trafficking Task Force, the Heading Home Ramsey County and Crime Free Multi-Housing groups, and the Abolitionist Campaign, among many other commitments.

Reducing the Harms of FOSTA Through Participatory Policymaking