The Allow States and Victims to Fight Online Sex Trafficking Act of 2017, commonly referred to as FOSTA, resulted in widespread unforeseeable consequences throughout the dark world of sex trafficking. The controversial federal law provides a legal basis to hold hosts of online commercial sex ad sites criminally and civilly liable for facilitating the prostitution of another. While the law has been highly effective in shuttering U.S. based sites, it raises many questions, including, “Was it worth it?” and “At what cost?”  From the perspective of this prosecutor, who has worked on well over two hundred commercial sex cases, it was worth it, but the price has been high and the full ripple effect is yet unknown.

From the perspective of this prosecutor, who has worked on well over two hundred commercial sex cases, FOSTA was worth it, but the price has been high and the full ripple effect is yet unknown.

FOSTA was enacted in response to online commercial sex host sites avoiding legal responsibility for site content by hiding behind the Communications Decency Act of 1996 (CDA). The CDA regulates pornographic material on the internet, but also provided online content service providers civil immunity for third-party postings, a loophole which many sites relied upon. One such site, Backpage.com, a giant in the commercial sex industry, was shut down by the federal government in April 2018. (The United States Department of Justice issued a 93-count federal indictment against Backpage and its executives on April 6, 2018. On July 25, 2018, a federal grand jury returned a 100-count superseding indictment against the same defendants. This case is still pending.) The site, which officially launched in 2004, had a gross revenue of $5.3 million by 2008, swelling to $135 million in 2014. Though it sold ad space for legitimate commerce, commercial sex advertising was the company’s predominate revenue source.

Prior to the enactment of FOSTA, Backpage and its competitors, like Craigslist, faced immense pressure in to close adult service sections. However, unlike Craigslist, which succumbed to the pressure in 2010, Backpage insisted that its right to free speech could not be censored and was protected by the CDA. (Note: Though Craigslist shut down its adult services section, commercial sex ads did not disappear from the site, they simply moved to other sections, including personals, dating, and massage sections.)

Congress did not agree. In 2017, the U.S. Senate published a scathing report accusing Backpage executives of concealing criminal activity by directing employees to delete from ads known indications of sex trafficking and prostitution. That report was the impetus for FOSTA, which was signed into law just days after Backpage was shut down. While the initial result was laudable, the commercial sex ad epidemic simply moved offshore, complicating legal investigations and prosecutions.

Recognizing Backpage as a morally corrupt company, its employees did cooperate with the investigation and prosecution of sex trafficking cases. Requested advertisements were provided expediently, company witnesses were disclosed, and financial transaction records were released. This evidence often contained legitimate e-mail addresses, phone numbers, and names tying ads back to sex traffickers. Now, with host sites offshore, gathering this evidence is infeasible on anything but the largest, most complex of cases where the federal government will step in. These impediments take links out of evidentiary chains, making the prosecution of cases on a state level more difficult.

Further, Backpage had moderators in place to check ads and reject language and photographs that were too explicit in nature. While many of the site’s advertisements pushed the bounds of decency, the former ads were nowhere near the X-rated nature of current advertisements. Ads now routinely depict full nudity, action shots, and graphic descriptions of sexual services. The increased graphic nature of these ads can be complicated at trial. Prosecutors run an increased risk of alienating jury members by showing such salacious material and re-traumatizing victims through the legal process.

The increased graphic nature of these ads can be complicated at trial. Prosecutors run an increased risk of alienating jury members by showing such salacious material and re-traumatizing victims through the legal process.

Though directly in violation of FOSTA, sites get away with these ads because they are outside the reach of U.S. law.

Additionally, Backpage reported ads containing suspected juveniles to the National Center for Missing and Exploited Children (NCMEC). Between 2013 and 2017, Backpage.com was involved in close to three-quarters of the child-trafficking reports received by NCMEC. NCMEC reported an 846% increase in reports of suspected child sex trafficking between 2010 and 2015, which it concluded “directly correlated to the increased use of the Internet to sell children for sex.” The reporting system worked when it was used. This prosecutor personally prosecuted traffickers who were identified after Backpage reports to NCMEC, including a 15-year-old cognitively disabled female.  The only known “effort” current offshore sites make to ensure juveniles are not posting ads is to require the poster to certify that they are an adult. However, the information is not validated and people routinely input false information.

The multitude of offshore sites resulting from FOSTA also caused chaos in the sex trade industry. With no single dominant host site, sex workers and buyers splintered in a variety of directions. Though seemingly a positive result, the scattered existence negatively impacted law enforcement investigations.

With no single dominant host site, sex workers and buyers splintered in a variety of directions. Though seemingly a positive result, the scattered existence negatively impacted law enforcement investigations.

Prior to the shutdown of Backpage, officers regularly went to the site to identify and rescue juveniles, as well as place decoy ads in an effort to arrest people seeking sex with children.  Placing ads on Backpage resulted in dozens, if not hundreds, of responses within minutes of posting leading to multiple arrests and rescues in a single day of operation. Once Backpage went down, officers were forced to go on multiple sites to accomplish the same objective, resulting in a massive slowdown in results.

Despite these complications, FOSTA is necessary. Commercial sex sites previously went unchecked, hiding behind a law that, ironically, was intended to regulate pornography on the internet. Unless this country is open to eviscerating years of core moral and ethical standards, citizens cannot stand by as the internet is used without apology to service the commercial sex trade, an industry known to promote the exploitation of children. Though ripple effects have been far and wide, stakeholders must learn to adapt and find new strategies to deal with the commercial sex industry plague. 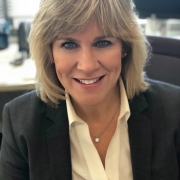 Karen A. Kugler is an assistant Ramsey County attorney and former designated prosecutor for the Minnesota Human Trafficking Investigators Task Force.  She is currently assigned to the Project to Improve Sexual Assault Response within Ramsey County and has also served as the designated prosecutor for the Joint Special Victims Unit, a specialty unit focused on the prosecution of high risk/high lethality sexual assault, domestic violence and sex trafficking cases.  Note: The opinions stated in this piece are the personal opinions of the writer. They are in no way intended to be viewed as the opinions of the offices for which she works.

Beyond FOSTA: Street-Based Sex Trading and Communities of Color
Scroll to top