In a cruel irony, the Texas concealed campus carry law went into effect on August 1, 2016, exactly fifty years after a student from the University of Texas at Austin climbed the Tower Building and shot a rifle that killed 13 people and injured 30 others. This was the first mass shooting, defined as four or more dead, at a U. S. institution of higher education.

Historically, colleges and universities have been safe places, so why have states passed campus carry laws? The story begins with two U. S. Supreme Court decisions. The first, District of Columbia v. Heller (2008), stuck down a D. C. law that prohibited guns in homes. The second case, MacDonald v. City of Chicago (2010), prohibited state and local gun laws that interfered with the “right to keep and bear arms” provided by the Second Amendment to the U.S. Constitution. Following these decisions, conservative groups started an intensive lobbying campaign for concealed campus carry, open carry, and “Constitutional” (permit-less) carry. Campus carry is also a powerful dictate of educational policy which affects all faculty, staff, and students at the nearly 7,000 colleges and universities in the U.S.

In order to examine the impact of guns on campus, the Campus Carry Research Team convened in the fall of 2016 at the University of Texas. To date, we have engaged male and female faculty and staff members for 180 interviews and 226 online surveys. Our research shows that campus carry exerts a pervasive influence on the campus climate for women faculty and staff by shifting power differentials, increasing male protectionism, and changing the classroom climate, among other gendered consequences.

Some areas or entire buildings at UT were exempt from the campus carry law. These included certain laboratories, mental health centers, campus police departments, certain research centers, childcare centers, and university schools. In addition, some faculty offices could be designated as gun-free by the officeholder. Departments with access to non-public funds from grants, contracts, and revenue-generating programs were more likely to bring in outside consultants to assess risks and train faculty and staff on campus safety. These tended to be departments with more male faculty such as the STEM fields.

Women working in buildings or areas not exempt from the law felt devalued, inferior, and demoralized. Their jobs and lives meant less because of their location on campus. Faculty members who had single offices with four walls and a door could designate the area as gun-free. However, shared offices for adjunct faculty, teaching assistants, or staff were not exempt. Many faculty members and TAs in shared spaces began to hold office hours in gun-free areas such as bars or churches.  Participants who worked in cubicle farms or areas that opened onto the street felt very exposed and feared that if a shooting occurred, they would be the first victims. Many of those who do not have the protection of a regular office are women in support roles who greet visitors and handle routine inquiries.

Minority women, lesbians, trans persons, and women with disabilities also talked of a double whammy. One Black woman said, “If for any reason, I did carry a gun . . . Am I going to be seen as the angry woman of color?” Even more dangerously, she could be perceived as the shooter. Several women with disabilities talked of having to rely on students to help them with evacuations or shelter in place directives. And one queer faculty member said, “I know the target is on my back. . . if you think about hate crimes, you think about being in a place like Texas.” All were concerned that they received no instruction during the initial campus carry implementation of how they could protect themselves and their students.

Several of the women interviewed told of being assured by male colleagues who carried guns that they would protect their female colleagues. This paternalism was unwelcome and raised fears of accidental discharge. Further, if the male colleague held higher rank, status, or power than the female employee, she felt bullied into silence – her fears and concerns erased.

Universities are the marketplace of ideas, where contention, disputation, and learning are expected. However, some participants talked of a chilling effect in the classroom following campus carry, especially during controversial discussions. Several women commented that they intended to be cautious, one said that she would “just keep it safe.” She added that many female academics and junior faculty members in general would feel constrained to rein in difficult discussions. Other women disagreed. One faculty member said, “I’m going to keep doing what I think I need to do.” Another indicated that she was planning to move courses online.

Academic freedom was an issue beyond the classroom. Some women felt limited in discussing gun issues with colleagues or university administration for fear of not being collegial. One woman observed, “In this [department], there is a system to defend carrying guns.” Another woman said that her chair was in favor of campus carry and out of concern about annual reviews and promotion/tenure, she kept her views to herself.

Power Shift in Other Interactions With Students

Both faculty and staff members indicated the power shift in relationships with students outside the classroom, particularly related to academic performance, academic integrity, and behavioral issues. One woman talked about working with students on behavioral issues and how uncomfortable it made her. “I have had angry students . . . who part of the reason they were in my office was because of . . . threatening people with guns.” An academic advisor said, “If [the students] were to be in possession of a firearm . . . that is a concern because of the type of advising we do. It’s not a good feeling for me.”

Use of Guns on Campus

In addition to changes in power differentials, campus carry increases the possibility of firearm discharge on campus. Most of the discharges occur in high-density campus housing. In February of 2020, two sisters were killed, and a young child injured in a dispute at a residence hall at Texas A&M-Commerce. In addition, more guns on campus mean completed suicides because of the easy access to weapons. Historically, the suicide rates for students have been lower than non-students because guns were prohibited at colleges. Along with intimate partner violence, suicide by a gun is much more likely to be initiated by men than women. Easy access to guns increases these often-spontaneous acts of violence.

Our research at the University of Texas demonstrates that campus carry has real effects on female members of the university community. The women we interviewed feel pessimistic about their jobs, withdraw with colleagues, play it safe in the classroom, flee to their offices, and seek refuge for office hours off campus. In addition, faculty and staff have withdrawn by moving courses online, retiring, or leaving UT. The bottom line is that guns on campus can lead to declines in productivity and morale, increases in the stratification of employees, and inequities for women faculty and staff. Despite the psychic toll that campus carry produces, few universities address these issues. 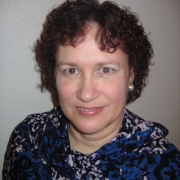 Patricia Somers is Associate Professor of Educational Leadership and Policy and Women’s and Gender Studies and a member of the Campus Carry Research Team at the University of Texas at Austin. She is an editor of the forthcoming book Campus Carry: Confronting a Loaded Issues in Higher Education (November 2020, Harvard Education Press). Follow her on Twitter @pasomers.