How Can We Increase Reporting of Sexual Misconduct on Campus?

Evidence indicates that sexual misconduct, violence, and harassment are prevalent, yet widely underreported. In a study of 27 universities, one-third of undergraduate female seniors reported experiencing nonconsensual sexual contact at least once during college, yet even among the most serious incidents, 28% or less were reported. Survivors are often hesitant to come forward – nervous they will not be believed; fearful of scrutiny, stigma, and retaliation; and apprehensive to undergo an arduous investigation, hearing, and appeal process. A 2014 White House Task Force Report specifically observed that survivors who hesitate to come forward with allegations are especially concerned about maintaining their confidentiality.

The Complexity of Sexual Misconduct Complaints

To untangle this problem, as a Title IX Coordinator at the Law College at Michigan State University in 2016 and 2017, I set a goal of increasing the number of sexual misconduct complaints on my campus. Title IX Coordinators are university administrators tasked with overseeing compliance with Title IX, including overseeing the training, processes, and efforts around preventing campus sexual misconduct. Bringing complaints out of the shadows, I believed, would better serve students and the Law College by 1) testing and improving the system’s processes and procedures and 2) better informing interventions and trainings to prevent future incidents of misconduct. Further, the ability to effectively handle reports limits the liability risk to the institution. I quickly discovered, however, that each complaint was different, complex, and tested the procedures in unique and often unforeseen ways.

My experiences further illuminated my qualitative research interviewing Ombuds and Title IX Coordinators about their experiences at 21 colleges and universities between 2011 and 2014. My study found numerous complaint-handling problems, including confidentiality violations, lengthy time periods to resolve complaints, and officials with inadequate training or little understanding of the law. The culture of non-reporting and the tension between individual versus university interests resulted in a compliance regime severely limited in its effectiveness. Universities cannot remedy issues of misconduct unless they know about them, and so they must implement processes to encourage individuals to make complaints.

Mandatory Reporting Is a Partial Answer

Mandatory reporting appears to provide an easy solution. In order to protect the university against future liability and make sure no incident goes unattended, universities like Boise State have imposed mandatory reporting requirements on all faculty, staff, and employees. By itself, however, mandatory reporting only complicates the dilemma. As a faculty member, I know first-hand that students will often share information in written assignments and in office hours that otherwise will not be shared. They do so within the boundaries of a professional, teacher-student mentoring relationship and with the expectation of confidentiality. For faculty to become comfortable with being mandated reporters, they often want assurances regarding the fairness and consistency of complaint-handling processes. And in order for mandatory reporting to work, reporters must reliably make reports. To encourage such reports, the system must be viewed as legitimate.

Students are also concerned about mandatory reporting: Mancini and Pickett report students are concerned about that such policies might reduce reporting behaviors among their peers, but 90% also believe the mandates will increase university accountability. Students and universities may prioritize their goals for reporting differently.

Mandatory reporting is one piece of a much broader puzzle.

First, colleges and universities must affirm an institutional commitment to addressing sexual violence, including recognizing its prevalence on their own campuses. In a survey of more than 300 colleges and universities, a 2014 U.S. Senate Subcommittee report found more than 40% had conducted no sexual assault investigations over the previous five years, despite increased publicity of sexual misconduct and federal enforcement. Avoiding a problem does not make it go away.

Second, universities must set clear goals to 1) gather accurate data through campus climate surveys  and 2) increase the numbers of complaints. Accurate information and increased complaints will allow the university to improve complaint-handling systems, reduce the stigma associated with reporting, and begin to move beyond reforming complaint systems to do the deep and meaningful work of transforming campus norms and culture around sexual misconduct. Greater numbers of reports will indicate problems, but also demonstrate a dedication to understanding the depths of the problem and taking meaningful steps toward change.

It is for this reason that I caution parents against sending their children to colleges or universities with no reports of misconduct.  Institutions reporting higher numbers of incidents may simply be doing a better job of encouraging, and thus responsibly handling, complaints. In many, though not all situations, universities that have experienced and resolved federal investigations are more likely to be doing things correctly now.

Third, universities must do everything they can to simplify, explain, and publicize their sexual misconduct policies and procedures, including where to report and the level of confidentiality to expect. Ideally, policies should be crafted in partnership with faculty, staff, and students. In a forthcoming article in the Journal of Legal Education, I demonstrate the inconsistency and complexity of many policies by examining several universities’ misconduct procedures. Students accused of misconduct often receive greater due process protections than faculty members, and university processes and procedures crafted without faculty input may not be viewed as legitimate, reducing the likelihood of compliance with mandatory reporting rules.

Fourth, universities must increase the capacity of campus mental health services and counselors; there is a well known correlation between depression and the misuse of alcohol to self-medicate. Alcohol abuse is known to exacerbate the risk factors associated with sexual assault. Because lowering barriers to mental health care will increase access to a confidential resource and help reduce the stigma associated with getting help for depression, it may also reduce sexual assault. UCLA’s program may provide a model for screening, treatment, and utilizing peer assistance.

Finally, universities should use an organizational Ombuds as a reporting safety net. These individuals sit outside the formal university structure and have the impartiality and independence to navigate the bureaucracy and help individuals navigate university processes. Most importantly, they can provide confidentiality, as they do not serve as “notice” to the institution. Survivors who want help in talking through whether or not to make a report and want help in understanding the maze of reporting options and procedures may not be willing to go to the campus counseling center may, as my research in the Denver Law Review, hope to maintain self-determination and control by seeking a more informal reporting system. Ombuds, who must comply with the International Ombuds Association (IOA) Standards of Practice in order to be exempt from mandatory reporting requirements, provide an essential element in encouraging reporting

Mandatory reporting is only a partial solution to low reporting of sexual misconduct on college campuses. It can only work if the reporting system works well and is perceived as legitimate. Confidential reporting mechanisms and an institutional commitment to seeing reports as presenting opportunity rather than failure will better support institutional goals of harm reduction for all in the campus community. 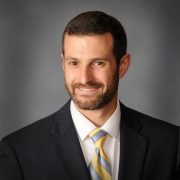 Brian A. Pappas is Assistant Professor of Public Service and the Director of the Conflict Management Program at Boise State University.  Prior to 2017, he served for ten years as a clinical law professor at Michigan State University, where he was the Law College Title IX Coordinator from 2016-2017.

Reporting Sexual Harassment: Toward Accountability and Action
Scroll to top