Having grown increasingly worried for her physical safety, Kristin Lardner, a 21-year-old art student, broke up with her abusive boyfriend, a bouncer at a local club with a lengthy police record. Tragically, the temporary restraining order she had obtained was but a worthless piece of paper. It did nothing to stop Lardner’s ex from confronting her on the sidewalk to beg for reconciliation or from owning the firearm he then used to kill her. The ex-boyfriend turned murderer subsequently took his own life, embracing the “If I can’t have you then no one will” mantra of over-possessive, jilted lovers.

There are countless heartbreaking tales of love and violent death, especially ones in which the victim was unable to find protection or shelter in the face of imminent danger. But this 1992 Boston murder stands out in symbolizing the senseless loss of innocent life—and the power of a shocking story to motivate policy change.

Federal policy change in the mid-1990s is credited with reducing lethal intimate partner violence. But after a long downward trend, recent years have seen an uptick in these deaths that has been driven exclusively by guns.

Federal policy change in the mid-1990s is credited with reducing lethal intimate partner violence. But after a long downward trend, recent years have seen an uptick in these deaths that has been driven exclusively by guns.

By the time of Kristin Lardner’s murder, homicides involving spouses, ex-spouses, and unmarried partners had been declining for more than a decade. Down 14% from its 1980 record high, and 24% in shooting cases, we had begun to take the “home” out of homicide.

Several factors contributed to the decline, including the expanded availability of social and legal interventions, liberalized divorce laws, greater economic independence of women, and lessening of the social stigma and consequent self-blame internalized by many victims of domestic abuse. Whereas previously a woman may have felt compelled to pick up a loaded gun to protect herself from her husband, she now had more opportunities to escape a violent relationship, such as protective orders and safe houses. 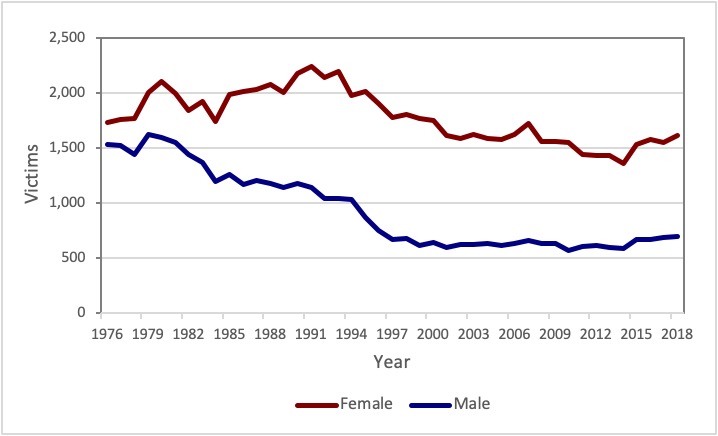 And yet, in spite of societal efforts to assist women in abusive relationships, only male victimization declined throughout the 1980s and early 1990s, as shown in Figure 1. Meanwhile the number of women murdered by their intimate partners rose. The strategies for combatting domestic violence had little effect on men like Kristin Lardner’s ex-boyfriend. In fact, as in the Lardner case, attempts to flee a violent relationship often became the precipitant for murder at the hands of a controlling husband or boyfriend.

Motivating Change at the Federal Level

Kristin Lardner’s plight was an all too familiar story, but with one unique element. Her father, George Lardner Jr., was a highly regarded journalist at the Washington Post. He chronicled the failures of the justice system to protect Kristin in his book, The Stalking of Kristin.

The disturbing account of Kristin’s murder did more than earn a Pulitzer: It helped promote greater efforts to protect women. Years later, in testimony before the U.S. Senate Judiciary Committee, Acting Director Catherine Pierce of the Office on Violence Against Women remarked, “I was compelled to commit my life to this work over 15 years ago when I read the story of Kristin Lardner.”

Starting in the mid-1990s, murders of women by their intimate partners began to decline. In large part this resulted from federal legislative action: the 1993 Brady Handgun Prevention Act; the 1994 Violence Against Women Act; and the 1996 Lautenberg Amendment.

Starting in the mid-1990s, murders of women by their intimate partners began to decline, paralleling the continuing downturn in male victims. In large part this resulted from federal legislative action: the 1993 Brady Handgun Prevention Act; the 1994 Violence Against Women Act; and the 1996 Lautenberg Amendment that extended the gun purchasing prohibition to anyone convicted of misdemeanor domestic assault.

At the state level, firearm-related intimate partner homicide rates are 14 percent lower for jurisdictions that prohibit gun possession by persons subject to an restraining order, but only if explicitly required to relinquish guns already owned. Unfortunately, as of 2018, only 18 states mandated the surrender of firearms, and only 14 states applied the law to non-marital partners. 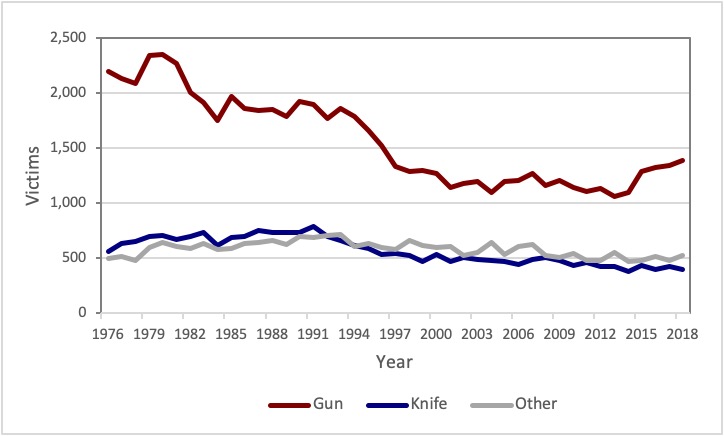 Figure 2 illustrates the impact of gun restrictions on domestic abusers in terms of the differential changes in intimate partner homicides based on weapon. Gun homicides dropped precipitously in the late-1990s and 2000s as compared to the modest reduction in cases involving other weapons.

But the recent uptick is exclusively gun related. From 2013 through 2018, intimate partner homicides involving a firearm surged by more than 30 percent, while non-gun cases continued to fall.

Too often, firearms purchased ostensibly to protect family members from an intruder are used against an intimate partner during an argument or in a controlling rage.

Too often, firearms purchased ostensibly to protect family members from an intruder are used against an intimate partner during an argument or in a controlling rage.

The long-term decline in intimate partner homicide occurred among Whites and even more so among Blacks (figures for other races are too small to discern a trend, and data on Hispanic origin are woefully incomplete). Whereas White victimization declined 18 percent since the mid-1990s, Black victimization dropped by 29 percent. Although the substantial improvement for Blacks is welcomed, the reasons for it are not necessarily positive. Mass incarceration put a large number of Black men behind bars, thereby eliminating the possibility of a deadly altercation with an intimate partner. In addition, the racial gap in marriage has widened over decades.

Notwithstanding the sharper decline in intimate partner homicide among Blacks, the overall rate for Blacks remains much higher than for Whites. This fact can easily be overlooked, as cases of White women slain by their intimate partners, like Kristin Lardner’s murder, are the ones often highlighted by the media and occasionally inspire made-for-TV movies.

Significantly, the downturn in intimate partner homicide has not been experienced by all population groups. Since the mid-1970s, victimization declined for White men (down 50 percent), Black men (down 60 percent), and Black women (down 30 percent), but not for White women (up 1 percent). Much of this stems from the so-called “boyfriend loophole,” whereby the legal protections afforded victims of spousal assault do not extend to those in non-marital relationships: as of 2018, only 21 states applied the Lautenberg Amendment to dating partners.

The disproportionate impact of the boyfriend loophole for White women may be partially explained by gender and racial differences in gun ownership.

The disproportionate impact of the boyfriend loophole for White women may be partially explained by gender and racial differences in gun ownership. Whereas nearly half of White men own a firearm, less than a quarter of both White women and men of color and less than one-sixth of women of color possess guns.

Looking Ahead: A Persistent Trend or Short-Term Detour?

Besides closing the boyfriend loophole and rigorously enforcing gun restrictions, other potential avenues exist for further reducing intimate partner violence. For example, lethality assessment programs, in which responding police officers advise victim-survivors about risk factors and available support services, have been shown to increase the likelihood that at-risk victims will consult with a domestic violence advocate. Moreover, providing adequate shelter space and supervised visitation for non-custodial parents can facilitate the often perilous process of leaving an abusive relationship.  As a society, it is equally crucial that we decouple the learned association of guns, masculinity, and aggression that so often underlies intimate partner violence.

It is premature to say whether the recent increase in gun-related intimate partner homicides will be a persistent trend in the wrong direction or just a short-term detour from the overall downward pattern. However, the latest spike in gun sales, in combination with rising levels of unemployment and stay-at-home orders due to COVID-19, does not bode well for continued reduction in the number of marriages and dating relationships that end in murder. 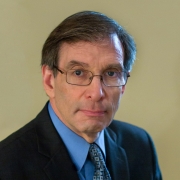 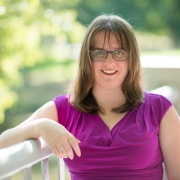 James Alan Fox is the Lipman Family Professor of Criminology, Law, and Public Policy at Northeastern University. He has been published in numerous journals and has written nearly 20 books, including The Will to Kill: Making Sense of Senseless Murder; Extreme Killing: Understanding Serial and Mass Murder; Violence and Security on Campus: From Pre-School through College; and How to Work with the Media. Follow him on Twitter @jamesalanfox.

Emma E. Fridel is an Assistant Professor of Criminology at Florida State University.

What the Threat of Gun Violence Has Taught a Generation of American Childre...
Scroll to top