In the age of #MeToo, many individuals and institutions have expressed their commitment to preventing sexual violence. Yet, in their haste to hold individual perpetrators accountable, many have become actively complicit in silencing the voices of survivors, particularly through mandatory reporting policies that are being hurriedly adopted on college campuses across the U.S. Though these policies are ostensibly aimed at protecting victims and preventing assault, more often, they function as ways to protect universities from legal culpability when assaults happen.

Moreover, while it may be tempting to vilify a single harassing individual, the best policies must go further, challenging the culture and systems that have made gender violence an endemic feature of higher education. On campus or off, those aiming to create appropriate policies around sexual violence must first ask, “What does the survivor of this incident want?” And, “What is safest for survivor?”

Mandatory reporting policies require that university faculty and staff, upon becoming aware of any sexual violence, report those incidents to their university’s Title IX office. Supporters assert that mandatory reporting, adopted from policies mandating that educators and health workers report suspected child abuse and neglect, increases institutional accountability and prevents serial offenses, as the next post in this series explains. However, mandatory reporting often ignores the voices and agency of survivors and overlooks the causes of such violence within institutions.

First, mandatory reporting policies can put students and others–especially those with multiply marginalized identities and those with precarious positions such as non-tenured faculty, teaching assistants and adjunct faculty–at further risk. The details of their assault or harassment may be released to university officials without their consent and may even prompt investigations that the survivor does not authorize.

Consider that there are a number of reasons behind the fact that the majority of victims do not report assaults and other misconduct to officials such as campus law enforcement, Title IX Coordinators, or off-campus police. One concern is privacy: once a report is given to the Title IX office, an investigation may be opened without the survivor’s consent. A Title IX coordinator cannot ensure a survivor’s confidentiality as universities often move quickly to share case details with law enforcement in an attempt to mediate an immediate, on-campus threat. Further, no investigator can ensure that the perpetrator will not determine the survivor’s identity based on the details of the investigation. It follows that, as the National Crime Victimization Survey suggests, many victims/survivors fear reprisal from their attacker; 80% of the time, the victim and the perpetrator are affiliated with the same college or university.

Because many universities, including our own, have been complicit in protecting male employees who are serial abusers, even when misconduct is substantiated by the Title IX office, and because students found “responsible” for sexual assaults on campus often face little or no punishment, many victims/survivors believe that reporting will not produce justice. Understandably, they may not wish to open a traumatic incident to scrutiny when there is little hope for consequences.

Another concern is the increasing likelihood of mandated reporting translating to mandated reporting to law enforcement. As Alexandra Brodsky writes (later in this series), several states are currently pursuing legislation requiring that colleges report incidents to police, overlooking the safety concerns that make some reticent to contact law enforcement. This is especially true for students of color, who are killed at such high rates by police and transgender and gender-nonconforming individuals who are 3.7 times more likely to experience police violence than the general population. Certain populations, such as undocumented students or students involved in sex trafficking, sex work, or underground street economies may not view the police as safe allies, given very real fears of deportation or arrest should they choose to report their assault.

Mandated reporting also infantilizes victim/survivors of sexual violence, further sapping their power and control. As the Obama White House Task Force to Protect Students from Sexual Assault (2014) declared, under mandated reporting, “a survivor quickly loses control over what happens next. That practice, however well-intentioned, leaves survivors with fewer places to turn.” NASPA (Student Affairs Administrators in Higher Education) has taken a particularly strong stance regarding the potential involvement of law enforcement, arguing that:

Student gender-based violence victims are as capable of reporting experiences with violence to law enforcement as any other adult… Mandatory referral thus singles out an entire sub-group of adult violence victims from other adults with the same abilities and treats them legally as children. The fact that those infantilized in this manner are mainly women and girls makes these bills particularly contrary to Title IX’s purposes.

Given that sexual violence is an act of power and control, “utilized as a tool of oppression to keep power in the hands of certain people,” those who wish to support students must first aim to give power and control back to students rather than take it away. When the University initiates an investigation without a student’s consent, they inadvertently disrupt efforts to dismantle larger systems of oppression like heteropatriarchy and rape culture. A policy adapted from practices around infants and children must be substantially rethought before it is applied to safeguarding adults.

Research by the American Association of University Professors (2012) has shown that mandatory reporting policies have a chilling effect on communication between professors and students. Advisers, teachers, and mentors often find themselves in the role of “first responders” because they are so often among the most trusted people in a student’s life. They may be the first to detect changes in a student’s behavior, and they may provide a safe space for students to talk about traumatic experiences.

When students know that university faculty and staff are mandatory reporters, they may be reluctant to seek advice in this way, to the detriment of their emotional health and psychological well-being.

According to the Minnesota Coalition Against Sexual Assault, students who have been sexually assaulted almost never perform as well academically as they did prior to the attack; these effects are compounded when they are not able to speak confidentially with professors about changes in their health and academic performance.

Fails to Address the Systematic Causes of Sexual Violence

Most importantly, mandatory reporting fails to address the roots of sexual violence on campus. By pursuing perpetrators while not prioritizing consent from survivors, mandatory reporting policies may in fact fortify rape culture on campuses because their actions take power away from survivors. Addressing these causes will require the hard work of changing cultures and institutions. Mandatory reporting principally addresses the victim-perpetrator dyad, doing little to change the institutional context that allows sexual misconduct to flourish or address larger patterns in sexual violence across the student body.

As an alternative to mandatory reporting, we propose a survivor-led process, in which victims decide if, when, and how to disclose.

We support policies that mandate that faculty and staff must report only should a student request that they do so (and that they must not report if the student does not give such consent).

This change would meet Title IX and Clery Act requirements, while allowing for students to choose to speak privately with most faculty and staff.

Mandatory reporting policies may serve the needs of institutions of higher education, helping protect them from lawsuits, but they do not serve the needs of faculty, staff, or student victims/survivors, all of whom deserve a safer place to work, study, and live. Rather than mandate that faculty and staff report on students who have suffered under intersecting and interlocking forms of violence, our policies must aim to end sexual assault on our campuses. Until that goal is met, we must encourage victims to speak confidentially with whomever they choose, establish clear and effective mechanisms should students decide they wish to report, and, above all else, provide for victim/survivor well-being. 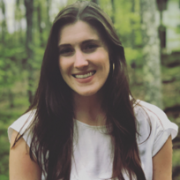 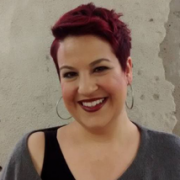 The Intersection of Interpersonal and State Violence Against Women

What Do Students Think of Mandatory Reporting?
Scroll to top