In the spring of my first year as a tenure-track professor, I told my Chair at the University of Minnesota that a senior colleague had sexually harassed me for nearly two years, including when I was a postdoctoral associate in the department. That professor’s conduct included unwelcome sexual comments, unwelcome physical contact, demands to go to dinner and drinks, and entering my office and standing silently behind me while I worked at my desk. I navigated this harassment as I tried to inhabit the role of assistant professor, keenly aware that, as a recent hire, accusing a senior colleague of harassment could be professional suicide. I know now that I experienced a textbook pattern of sexual harassment and my structural position made me a target. But, at the time, I was isolated as the department’s only junior faculty member, confused about why this professor ignored repeated refusals to spend time with him, and exhausted by the conditions under which I had to labor.

The tenure track is a unique professional structure and a probationary period of employment in which senior colleagues’ judgments are crucial to junior faculty success. Academia creates a situation, experienced more intensely by women and people of color, where being assessed as both highly productive and personable are pivotal for advancing in what remains a profession dominated by white men. Male dominance contributes to academia’s dubious distinction as the employment sector with the second highest rate of sexual harassment (behind the military).

In this context, I faced the awful choice of continuing to have my productivity and well-being depleted in a hostile workplace or reporting a colleague for harassment and entering an investigative process I did not understand, despite trying to research it before reporting to it.

In what follows, I recount what happened after I reported sexual harassment and explain how my experience relates to the mandatory reporting debate and the need for higher education to become smarter about how it handles harassment, particularly the professional and institutional cultures that protect and propagate harassment on college campuses.

When impacts on my work became undeniable and avoidance of my workplace untenable, I reported the harassment, afraid of the harasser’s and my colleagues’ reactions, but fully expecting the university to take action to support me and stop the misconduct. My assumption aligns with Mancini and Pickett’s findings that most students support mandatory reporting because they believe it will result in “victim assistance, increased arrest risk for perpetrators, prevention of university cover-up, increased university accountability, and increased punishment for sexual offenses.” There is clear student demand that universities be accountable for how they handle harassment complaints. Yet institutional audits, academic research, and media reports find that universities fail to issue consistent, timely, and appropriate sanctions against harassers, especially tenured professors.

After I reported sexual harassment to my department Chair, he requested that I write up the incidents I described. Without my knowledge or consent, the Chair gave this information to the harasser and considered the problem solved when the harasser wrote a letter apologizing and describing the harm he caused me as “accidental.” Not believing this letter or the Chair’s actions would end the harassment, I made a complaint with Equal Opportunity and Affirmative Action (EOAA) to have a more neutral office investigate and implement ways for me to pursue tenure without harassment or fear of retaliation. As EOAA investigated, I learned that graduate students had previously reported the professor’s conduct to the former Chair of the department, the Director of Graduate Studies, and EOAA. The former Chair had handled complaints by talking with the professor and the department stopped assigning him as advisor to female students (a strategy that may, itself, violate Title IX by withholding access to educational opportunities based on gender).

Graduate students in this department created a whisper network and what they called a “sexual harassment liaison” – a graduate tasked with warning incoming students about this professor. The liaison did not warn me, she said, because “we never thought he’d target a professor.” Although I was at risk as the only untenured professor and black woman in the department at the time, that student’s words stuck with me.

Graduate students did not think the department’s leadership was protecting them, so they created a system of self-protection.

I was not the sole victim and departmental leaders knew about the misconduct before I was hired. If they had taken appropriate action to address the harassment, I would not have experienced it in the first years of my career, nor would I have spent another year fighting for institutional accountability.

EOAA findings in the case concluded the professor “violated the University’s Sexual Harassment and Equity, Diversity, Equal Opportunity and Affirmative Action policies by engaging in unwelcome verbal and physical conduct of a sexual and/or discriminatory nature,” which “created an intimidating, hostile and offensive academic environment.” Despite EOAA’s findings and statement that “serious responsive action is necessary,” the University of Minnesota issued light sanctions, as detailed in the media report, “How the University of Minnesota hides its professors’ sexual harassment,” which discusses my case and others.

Initially, I was not allowed to know what sanctions had been placed on the harasser.

When I pushed for this information to determine if I would be protected, I was told that the Human Resources Director could read them aloud to me, but I could not see them. When I asked who decided the sanctions, administrators refused to tell me (I still do not know). This point is crucial because EOAA investigates and issues findings, but does not decide sanctions, meaning that the office with expertise on sexual harassment lacks final decision-making power. Sanctions can be decided by administrators without this expertise and against EOAA recommendations. The university thus invests decisive power with administrators who may not know how to correct and prevent harassment—a curious move for an institution of higher learning.

In the meantime, administrators instructed me not to speak about the case, even though the department Chair had informed the faculty, during orientation, that I had accused a colleague of harassment; he did not disclose the name of the accused professor. After EOAA’s investigation concluded, supportive colleagues requested access to the findings and sanctions in order to correct our departmental climate. Minnesota law states that public employees’ names and case files should be released if they receive sanctions, yet the faculty, now explicitly tasked by the university with preventing harassment, had to pursue a freedom of information request to access these university reports. Faculty members argued they could not implement sanctions they did not know, nor could they correct climate if they were uninformed about the specific problem.

Due to the institutional process and response, I fought to move to another department because I did not think the university had acted adequately to protect me from harassment and retaliation. I sought mediation to improve how the university handled harassment cases and anti-harassment training. And, ultimately, I decided to leave the University of Minnesota.

There is evidence that institutional betrayal is a push factor for victims to leave the jobs and educational programs they worked so hard to enter.

The institutional process and response I faced inform my opposition to mandatory reporting. Although I was structurally vulnerable to a serial harasser, I stood at professorial rank, a privileged position relative to students, and I made the difficult choice to report and endure an investigation and its aftermath. Students deserve the ability to choose and to report to institutions that expertly handle harassment. Until universities demonstrate that capacity and expertise, instituting mandatory reporting will leverage victims to avoid institutional liability.

Toward Accountability and Action

A recent study by the National Academies of Sciences, Engineering, and Medicine finds the two strongest predictors of sexual harassment are workplace climate and men outnumbering women, especially in positions of power. To stop sexual harassment, the study recommends, among other actions, that universities move beyond legal compliance to address workplace climate, improve transparency and accountability, diffuse hierarchical and dependent relationships between faculty and trainees like graduate students, provide support for targets of harassment, strive for strong and diverse leadership, and measure progress through regular climate surveys. These recommendations were not at work when I reported sexual harassment in 2013 and reached a mediated settlement with the University of Minnesota in 2015. That settlement states, “The University denies any wrongdoing or liability towards Employee.”

I hope today, in the wake of #MeToo and the wake-up calls universities, including the University of Minnesota, have received in recent years, higher education upends the professional and institutional cultures enabling sexual harassment, rather than continue to privilege liability culture.

The liability approach removes power from victims, pressures employees to report victim disclosures (reinscribing administrators’ power), and prioritizes punishing “bad apples” over systemic change. Put bluntly, the barrel is bad, especially for women and people of color. Universities should implement evidence-based recommendations to root out the rot and ensure that the people pushed from the barrel are not victims who exit education rather than endure abuse and discrimination.

If sexual harassment is a systemic structural problem, then the mandate must be to change cultures conducive to it, including male dominance, lack of diversity, and action without accountability. Victims are not the problem. We are vital to academia as students, staff, and professors due to our work in higher education, including the untold labor of navigating harassment and resisting the oppressive cultures that sustain it. We deserve to choose when we are ready to report. And we deserve reporting systems that truly lead to accountability and systemic change. 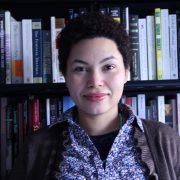 How Can We Increase Reporting of Sexual Misconduct on Campus?

Why We Need to Take Survivors, Not Rape, “Seriously”
Scroll to top