Restorative Justice for Sexual Misconduct: Not if but When

Mandatory reporting or self-disclosure –however an institution of higher education is made aware of sexual misconduct on its campuses– they are obligated to respond. And it is clear that the public wants to see more appropriate and consistent forms of accountability for campus sexual misconduct. Restorative Justice (RJ) offers one viable avenue.

RJ provides victims broader choice in meeting their self-perceived justice needs, helping victims and communities seek accountability while also rebuilding autonomy and empowerment. The process is already widely used on campuses to address social misconduct other than sexual assault, and the Association for Student Conduct Administration has endorsed its application for campus sexual misconduct. The group has even prepared gold standard recommendations for implementation in such cases, while Senator Patrick Leahy plans to introduce legislation creating a National Restorative Justice Center.

Colleges and universities are understandably hesitant: any policy change regarding such a sensitive and pervasive problem must be carefully considered and suited to meeting the needs of victims and campus communities without precluding criminal prosecution. Though questions remain about compliance with federal law and policy, implementation, and suitability with regard to sexual assault, this article attempts three clarifications that may be instrumental in institutional decisions about whether to adopt RJ processes: 1) RJ models are consistent with what many victims’ desire. 2) RJ is not mediation, and therefore not prohibited under Department of Education guidelines. 3) RJ can be done safely, balancing constitutional, legislative, and humane responses to both the reporter and the respondent to the satisfaction of all participants.

Many victims desire justice centered on the perpetrator’s behavior, not their own. They also often want a forum in which their story can be heard and believed and input into sanctions for their abuser. A fully restorative resolution begins when a violation is reported and is being investigated. It entails a great deal of preparation for a face-to-face meeting involving the voluntary participation of all parties (including victims or their representatives, perpetrators, family and friends, and community members), and participatory development of a redress/accountability/rehabilitation plan that meets the needs of all parties. Other forms of RJ that might be applied in response to sexual misconduct at different junctures in the reporting process include victim impact panels, victim-responsible person dialogue, sanctioning circles used after judicial hearing boards’ findings of responsibility, and circles of support and accountability for students returning to their campuses after a period of exclusion. This set of initiatives has been called the whole campus restorative response.

RJ is not conflict mediation

Restorative justice for sex crimes gained little momentum on campus due to its perceived prohibition by the 2011 Dear Colleague Letter issued by the U.S. Department of Education and, separately, by VAWA (the Violence Against Women Act). The 2017 Dear Colleague Letter revised guidelines attempt to greenlight innovative methods, though changes to the language haven’t relaxed skittishness around extending RJ to campus sexual assault cases. The terms grievance, conflict, and mediation are often used in discussions of responses to sexual assault, but they simply should not be as they serve to confuse. Grievance and conflict both imply that one person has a complaint against another that requires a negotiated settlement. Mediation-based models tend to be characterized by neutrality and use the label “disputants” to refer to participants. Sexual assault may sometimes be word-on-word, but it is decidedly not a dispute. The most common form of mediation on campus is problem-solving mediation, typically used in roommate conflicts and fights between students. The neutrality inherent to mediation is ignorant of the gender and trauma-induced silencing that may stifle victim voice and deny them validation. Instead, RJ begins with agreement among the parties that wrong has been done and a wrongdoer is responsible. There is no fact-finding process. Without the wrongdoer’s acceptance of responsibility for committing the harm, an RJ process cannot move forward. Victim and responsible person participation in RJ must be voluntary.

Though it may seem strange to quibble about vocabulary, words matter. While the 2017 Dear Colleague Letter sought to pave the way for innovation, because it does not specifically name RJ, some campus administrators believe RJ is prohibited or inappropriate for sexual assault cases.  Specifically naming RJ policies would clarify that it is both possible and appropriate.

RJ can be done safely, compliantly, and satisfactorily

RJ raises a panoply of legal considerations that, despite complexity, can be addressed satisfactorily. Victim advocates also raise concerns on several levels: 1) victims may not want to communicate with their perpetrator and would be silenced by post-traumatic symptoms and gender dynamics; 2) perpetrators may deny responsibility and minimize, blame, and even get angry in RJ participation; and 3) the emotion elicited could result in physical or emotional harm.  Because RJ conferencing has been applied in community-based settings in North America, Europe, and Australasia and on campus in Canada (see reports here and here), we have concrete evidence to help address these concerns.

Most programs have presented their outcomes qualitatively as case studies or narrative analyses, but quantitative evaluation on RESTORE, the first RJ program for sex crimes in the U.S., has been published in the scientific literature. In the RESTORE demonstration, two-thirds of victims who knew their perpetrator consented to participate in RJ conferencing. On the other hand, RJ was not pursued in another one-third of cases in which felony defendants denied responsibility, as proceeding would be counter-productive and likely harmful. Once both survivor victim and responsible person agreed to participate, all but one case resulted in a conference. One year later, 80% of responsible persons had completed all elements of their redress plan. Evaluations focused on victims’ perceptions of being validated, having their voice heard, feeling vindicated, and having input into accountability. The evidence shows that up to 90% of participants in these RJ conferences agreed or strongly agreed that they achieved the hoped-for outcomes. On average, more than 80% or these felt justice was done and would recommend RJ.

These results are encouraging, but expectations for RJ must also be realistic. Experts on campus-based RJ agree that existing methods cannot be extended to campus sexual misconduct without significant modification and that competent practitioners must have training and experience in both RJ and sexual assault response. Recently, the media has reported cases in which students, bypassing student conduct administration, have undertaken face-to-face meetings for sexual assault on their own. Such do-it-yourself RJ raises notable safety and re-abuse concerns, and there is no method of RJ designed for self-administration. RJ is not a substitute for therapeutic support nor can it promise healing for the deep wounds of sexual misconduct. At best, RJ can offer voice, validation, fairness, accountability, and empowerment.

RJ for campus sexual misconduct is coming sooner or later. Its demonstrated efficacy and safety in community settings, abroad and at home, coupled with the endorsement of national student conduct organizations, offers promise that such interventions will one day be made available to meet victims’ desires and provide accountability for persons responsible for campus sexual misconduct. 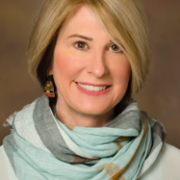 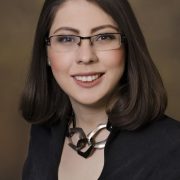 Why We Need to Take Survivors, Not Rape, “Seriously”