To those unfamiliar with the sex industry, the 2018 Allow States and Victims to Fight Online Sex Trafficking Act (FOSTA) seems like a strategic measure to combat online advertising by sex traffickers. Unfortunately, Congress failed to consult sex workers, or scholars who study this industry, and passed a bill so broad that it immediately increased risk and harm to adult consensual sex workers. Our research indicates that FOSTA has made adult consensual sex markets riskier and more coercive.

Entrepreneurial Women, Not Victims or Traffickers

For the past five years, we have studied the business practices of one niche within the U.S. sex industry that FOSTA now directly impacts: independent, adult female consensual sex workers who advertise their escorting services online. Sex workers in our study identify themselves as businesswomen and entrepreneurs who sell their time and companionship.

From the perspective of sex workers, the conflation of consensual sex work with sex trafficking is inaccurate, deeply frustrating, and degrading.

From the perspective of sex workers, the conflation of consensual sex work with sex trafficking is inaccurate, deeply frustrating, and degrading. Sex workers assert that their work is consensual and chosen. Other work does not offer the income, flexibility, autonomy, nor sense of fulfillment that independent online sex work provides them. Some of our participants left full-time salaried jobs to take up escorting and many report that sex work allowed them to get out of debt, earn degrees, support their families, and live well.

Review sites, blacklists, and escort networks play a key role in the processes many internet-based sex workers use to determine if a client request is from someone safe and legitimate or dangerous.

Review sites, blacklists, and escort networks play a key role in the processes many internet-based sex workers use to determine if a client request is from someone safe and legitimate or dangerous. Before FOSTA, the clients of sex workers would post online reviews of their services on TER, creating a reputation system by which clients and sex workers could better determine who was safe to do business with. After FOSTA, TER disabled reviews for U.S. sex workers to avoid liability as a facilitator of adult sexual services.

Backpage and TER were the largest sexual services websites and highly visible targets. As the most popular and cheapest platforms, they were key resources for those new to independent escorting and those with low incomes. Since their closing, new platforms have arisen, but none are as effective because neither clients nor workers know which platforms can be trusted.

Adding insult to injury, since FOSTA’s passage, our interviewees report that the cost of advertising has in some cases doubled, even though many online ads yield fewer inquiries post-FOSTA. This added cost likely stems from increased perceived risks on the part of web hosts, the cost of utilizing servers outside the U.S., and proprietors taking advantage of sex workers as they try to find effective new advertising venues.

Our data show that consensual sex workers often form networks to share resources, client information, and best practices in order to keep one another safe. They also work in collaborative teams and refer clients to one another within their networks. However, many escorts now fear that these collaborations will be construed as trafficking under the broad language of FOSTA.

Reducing sex workers’ ability to effectively advertise creates an incentive to see clients they might otherwise reject, such as clients who refuse to provide their real names for screening to check for a history of violence.

Reducing sex workers’ ability to effectively advertise creates an incentive to see clients they might otherwise reject, such as clients who refuse to provide their real names for screening to check for a history of violence.

Post-FOSTA, sites offering blacklists and reputation services can be construed as facilitating prostitution under the broad language of the law and are therefore closing or moving out of the U.S. Although not all sex workers use screening practices to vet clients, some of our interviewees report greater reluctance from clients to submit to screening. This may reflect clients’ own fears of FOSTA and law enforcement or may be a byproduct of clients’ increased bargaining power due to sex workers’ challenges in attracting new clients.

Our published and forthcoming research findings on the business practices of independent female escorts suggest that those most affected by disruptions to the market are those who were already most vulnerable.

Our research on the business practices of independent female escorts suggest that those most affected by disruptions to the market are those who were already most vulnerable.

Before FOSTA, escorts with lower incomes were more likely to report engaging in riskier behavior and relinquishing more of their autonomy to clients, likely as a financial strategy to increase earnings. Specifically, they reported more frequently negotiating unsafe sex for a higher fee, feeling discomfort turning down clients, and negotiating down their rates, which increases their financial vulnerability. African American and transgender escorts were more likely to be among the lower-earning demographics subjected to these higher risks.

Moreover, escorts we have interviewed assert that the most pervasive effect of FOSTA has been to heighten sex workers’ stress and anxiety. Their fear stems primarily from uncertainty regarding enforcement of this legislation, the prospect of arrest, heightened stigmatization, and loss of online resources they rely on to make a living.

Public Policies Should Reduce Harm, Not Cause It

It is essential to examine FOSTA’s effects within the broader social and legal contexts surrounding consensual sex work, and not just sex trafficking. Scholars studying commercial sex largely agree that policies criminalizing sex work increase harm to sex workers by depriving them of their ability to seek help from police and diminishing their ability to dictate the terms of their services to clients. These types of anti-prostitution, anti-trafficking policies also tend to criminalize cooperation between sex workers, limiting their ability to improve their safety by working in numbers and sharing resources. Anti-prostitution laws in the U.S. already put sex workers at heightened risk; FOSTA worsens these ill effects while making traffickers harder to identify.

In sum, overly broad legislation like FOSTA is counter-productive and dangerous for consensual adult sex workers. Driving consensual sex work underground only makes this labor more coercive, unsafe, and more like the very trafficking that FOSTA says it strives to prevent. In the name of harm reduction, initiatives to combat sex trafficking should do so by decriminalizing consensual adult sex work and fostering greater trust and cooperation between sex workers, clients, and law enforcement to identify cases of coercion and trafficking. 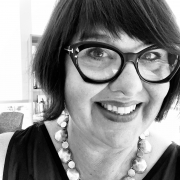 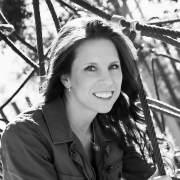 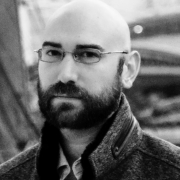 FOSTA: A Necessary Law With Unforeseen Consequences
Scroll to top