The Equal Rights Amendment would likely harm women’s equality over current law and, especially, over alternative versions of an ERA that could be proposed. My pessimism is based on how the Supreme Court treats race under the Constitution’s Equal Protection Clause. The Court imposes a rule of “colorblindness,” a duty to ignore race, which prevents government from addressing racial inequality because doing so requires attention to race. The ERA would likely cause the Court to impose a rule of sex-blindness, preventing sex-conscious policies to reduce sex inequality.

The ERA would likely cause the Supreme Court to impose a rule of sex-blindness, preventing sex-conscious policies to reduce sex inequality.

Sex inequality persists across several contexts. At work, women continue to experience inequality in pay, hiring and promotion, suffer harassment, and lack support for family responsibilities. In education, girls and women face discrimination and continue to be underrepresented in STEM fields, medicine, and business. Women are also underrepresented in occupations including police, fire, management, corporate boards, and business ownership. Too many women are victimized by sexual assault and domestic violence. Moreover, such inequalities, as Brandy Faulkner observes, are compounded by race and class.

Supporters expect or hope that the ERA would address these concerns, make constitutional protection of sex equality more stable, and enshrine in our Constitution the principle that women are equal to men. Unfortunately, the ERA would not advance any of these goals much over current law and, worse, would likely undermine sex equality.

The (Qualified) Good: No Government Discrimination Against Women

The Bad: No Application to Private Discrimination

A gaping hole in the ERA is that it does not apply to discrimination by private actors, such as companies and individuals. Accordingly, employment concerns, such as discrimination in pay, hiring and promotion, harassment, and lack of maternity leave in private companies, organizations, and universities would remain constitutional. Nor would the ERA prohibit violence against women by private individuals.

The Ugly: The ERA Would Prohibit Affirmative Efforts to Advance Sex Equality

For example, the Court views affirmative efforts to increase minority representation in higher education, employment, and political participation as discrimination against whites.

The current standard of “intermediate scrutiny” allows affirmative action and other proactive policies to benefit women. The ERA would likely subject all sex-conscious government decision-making to strict scrutiny with the effect that government would have to be “sex blind,” i.e., ignore sex and sex inequality.

Second, sex-neutral affirmative action refers to laws or policies designed to promote sex equality that rely on sex-neutral criteria. For example, parental leave policies, as opposed to maternity leave, are sex-neutral in their eligibility criteria. To the extent such policies may be designed to support working women, however, like the federal Family and Medical Leave Act, they could be legally vulnerable. The Court has held that race-neutral policies motivated by a racial purpose are subject to strict scrutiny. Under the ERA, sex-neutral policies designed to benefit women or to reduce sex inequality would likely be subject to strict scrutiny and struck down.

A third kind of affirmative effort to reduce sex inequality is eliminating policies that unnecessarily discriminate against women. In 2010, the Court’s colorblindness approach led it to hold that a government employer’s cancelling a promotion test due to its discriminatory effect against black applicants was discrimination against whites.

The Court would likely interpret the ERA to bar government employers from changing policies that have a discriminatory effect against women on the ground that such changes would discriminate against men.

Similarly, the Court would likely interpret the ERA to bar government employers from changing policies that have a discriminatory effect against women on the ground that such changes would discriminate against men.

The ERA’s Indirect Effect Through Legislation

The ERA would create no legislative authority to advance sex equality that does not currently exist under the Equal Protection Clause. Currently, federal and state governments can prohibit sex discrimination in the private sector, except that Congress cannot prohibit private violence that is not part of economic activity. The ERA would not change this.

Although the ERA has no direct application to sex discrimination by private actors, it would likely have harmful effects through court interpretations of civil rights laws. The Court has exhibited a tendency to interpret civil rights laws to have a constraining effect on efforts by private companies to promote racial equality. Under the ERA, the Court would likely impose similar restrictions on private companies’ ability to promote sex equality.

Stability and Recognition of Sex Equality

I deeply respect ERA supporters’ goals of stability and recognition. I agree that the Court is less likely to conclude that sex equality is not protected by the Constitution when there is an express provision guaranteeing it. My concern, however, is that the Court’s likely interpretation – that all sex distinctions are illegal even when they benefit women – is worse than the unlikely risk that the Court would reverse 50 years of precedent that protects sex equality under the Constitution. Even if the Court did, it is very unlikely that Congress would repeal civil rights laws prohibiting sex discrimination. Additionally, to the extent that constitutionalizing sex equality would advance stability, it could be done through an alternative ERA that avoids the harms of the current version.

To the extent that constitutionalizing sex equality would advance stability, it could be done through an alternative ERA that avoids the harms of the current version.

The desire for constitutional recognition is certainly important, but the benefit of expressing equality is not worth the cost of undermining actual equality. In addition, contrary to Betty Folliard, I fear the ERA could unintentionally harm other groups. The Constitution does not specifically mention any group in the Equal Protection Clause, which has allowed the Court to expand the groups protected, including national-origin groups, women, gays and lesbians, and undocumented schoolchildren. If women are equal to men only if the Constitution expressly says so, then the message to these other groups and those to whom the Court has not yet extended constitutional protection (such as poor and transgender people) is that they are not equal until they can amend the Constitution in their favor, a practical and political impossibility.

The ERA would be worse than current law and, more importantly, would be significantly worse than an alternative ERA. It is not too late, given that the ERA faces serious constitutional difficulties, as Danaya Wright well explains.

Feminist scholars and legislators have proposed alternative amendments that would better promote women’s equality. Catherine MacKinnon and Kimberlé Crenshaw, for example, have proposed an amendment that reads: “Equality of rights shall not be denied or abridged by the United States or by any State on account of sex (including pregnancy, gender, sexual orientation, or gender identity), and/or race (including ethnicity, national origin, or color), and/or like grounds of subordination (such as disability or faith). … Congress and the several States shall take legislative and other measures to prevent or redress any disadvantage suffered by individuals or groups because of past and/or present discrimination.”

Looking globally, Julie Suk has analyzed the constitutions of countries with greater sex equality and found that they explicitly authorize policies designed to increase women’s representation in professional careers, corporate boards, and political institutions. Many also have express provisions to support mothers, fathers, and children.

America needs to promote sex equality more aggressively. The ERA is not well suited to that goal because of the way the Court interprets equality as “blindness.”  We need to draft and lobby for a different ERA. 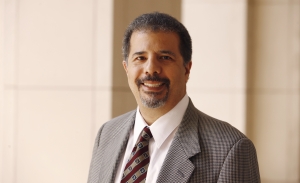 Kim Forde-Mazrui is the Mortimer M. Caplin Professor of Law and the director of the Center for the Study of Race and Law at the University of Virginia School of Law. His scholarship focuses on equal protection, especially involving race and sexual orientation.