Mandatory reporting of sexual violence and harassment, especially in the college context, is controversial: the first dispatch in this Gender Policy Dialogue suite outlined some of its problems, and the piece following ours presents a “real-world” guide for alternate approaches to addressing the problem of sexual victimization in institutions of higher learning. We contribute to this provocative dialogue by examining a question that seems to have gone unasked: How do college students, arguably those most impacted by the policy, perceive mandatory reporting as a way to combat campus assault? Our recent survey, the first of its kind, shows that, on balance, college students support such measures—with caveats.

Beginning in the 1980s, states and the federal government implemented mandatory reporting laws requiring adults to report suspicions of child sexual, physical abuse, or neglect victimization. Meant to protect children who could not or would not be in a position to report abuses committed against them, mandatory reporting policies have been extended and adapted to those attending colleges and universities. Since this iteration applies mandatory reporting to people who are presumably capable of reporting sexual assault to law enforcement should they wish, it can be seen as infantilizing. Obligating faculty and “responsible employees” to report any incidents they become aware of is also charged with inviting a host of unintended effects, including isolation or secondary trauma to assault victims, loss of victim autonomy, and potential false reporting, resulting in wasted investigatory resources.

Yet the argument for mandatory reporting in the college context reflects a long-standing fact, found time and again by victim advocates and researchers: sexual assault victims rarely disclose acts of sexual violence to police, and reporting rates are lower on campus. In one of the most comprehensive surveys comparing college students with their non-college-going peers, one in five students reported sexual assault to law enforcement, compared to one in three among the non-students. Thus, campus officials argue, if they are to safeguard their students, reporting assault may need to be taken out of those students’ hands.

In excess of two-thirds of our student sample support or strongly support mandatory reporting in colleges and universities. Our findings also indicate that mandatory reporting may spur greater self-reporting. Over half of students claimed the implementation of the policies would motivate them to report their own sexual victimization, and only 15 % believed it would deter them from disclosing. While our survey could not identify why the policy would motivate students’ personal disclosure, it may be that mandated reporting policies send the message that it is important to report sexual assault and that victims will be believed and supported, making such victims more likely to seek redress.

For mandatory reporting to work in practice, faculty and other responsible employees must be willing to follow through with their reporting obligations. Over 85% believed campus officials would follow through. And when pressed in a follow-up question to speculate as to why faculty might not abide by their reporting obligations, students believed that non-compliance would come, primarily, from a benevolent place: “faculty wanting to respect the wishes of victims.”

Our survey confirmed some of critics’ fears: while a slight majority (56%) felt mandatory reporting policies would motivate them to report a sexual assault, over 60% also felt the laws could boomerang, resulting in less reporting among their peers. Students did see the policies as overly paternalistic, with 75% believing that mandatory reporting would limit student victims’ rights and discretion. Other doubts were revealed: most students believed the laws could increase wrongful arrests (69%), diminish help-seeking behavior among victims (57%), potentially retraumatize victims (65%), and waste official/law enforcement resources (60%).

Students acknowledged the good and the bad of mandatory reporting policies, on the whole believing the potential advantages outweighed the possible shortcomings. They felt particularly sure that mandatory reporting would make it much harder for colleges and universities to “cover-up” campus sexual abuse.

Our survey results can provide guidance for policymakers and higher education administrators considering mandatory reporting. Given the sensitive nature of our survey, we did not collect demographic information such as students’ gender, and data come from a single public university in one region of the country during a single time-period. Yet the results are strong: these student views offer insight into the opinions of a population perceived to be vulnerable and directly affected by campus sexual assault and reduction measures. Student perceptions should not dictate policy, but, as the focal group, they should be understood. They will be critical to any campus policy’s success (or demise).

Our results indicate overall student support for mandatory reporting, with the caveat that such policies should be monitored for whether or not they “deliver.” Do they lead to more reporting and greater accountability, for example? If not, student perceptions may quickly sour, and the policy potential for success may well dissolve. To address student concerns about mandatory reporting, colleges and universities should consider the creation and dissemination of annual climate surveys to analyze the effects of mandatory reporting along these dimensions. This is all the more critical since perceptions have sharply contoured the debate about how best to respond to campus sexual assault. 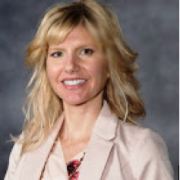 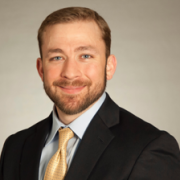 How Can We Increase Reporting of Sexual Misconduct on Campus?
Scroll to top