The impact of a single gunshot can reverberate for years, irrevocably changing lives and communities. The pervasive consequences of gun violence have drawn both of us to work on this issue. As mother and daughter, we come to the problem of gun violence in different ways. Anna is part of the school-shooting-generation, and she has responded to her fear of and anger about U.S. gun violence by becoming an activist. She has spoken to legislators, worked to organize other students, and engaged in extensive training and education on the topic of gun violence prevention. Leslie is a principal investigator with the Gun Violence Project, a multi-modal public humanities project that provides a platform for the often untold stories of gun violence in the Milwaukee, Wisconsin area. Through our research and experience, we find that gun violence contributes to significant trauma in American youth, with important gendered impacts both inside and out of schools.

Anna Harris: I have experienced lockdown drills my whole life. In elementary school, the lights were turned off, blinds closed, and door locked, while all of the students would hide in a corner and be as quiet as possible. I always imagined that as long as you were quiet enough, the bad guy would not come and you and your friends could be safe. It was common knowledge that those lockdown drills were the scariest drills. In middle school, the lockdowns changed. Instead of hiding in a corner, each student grabbed a heavy object, such as a textbook or Chromebook, and hid under their desk. We were told that if someone came into the classroom, then we should throw at them whatever we were holding but never pick up the gun. Now, in high school, we are taught how to barricade doors in all of our classrooms and exactly how to get out of each one. One classroom is lucky and has a door to the basement that students can use to escape. In classrooms on the third floor, teachers tell students that they may have to jump out of windows because, as one of my teachers explained, “It’s better to have broken legs than to be dead.” Having to see which cabinet would be the easiest to move in front of the door or what piece of furniture I could use to hide behind is a constant reminder of the fear that when I go to school I may have to avoid a bullet.

Following the Columbine High School shooting in 1999 and escalating after the Sandy Hook Elementary School shooting in 2012, lockdown drills have become the norm across the United States. By the 2015-16 school year, 95 percent of schools ran a lockdown drill, some including students as young as three or four years old. There is no standard process for these drills. Some schools notify students and their parents beforehand via email or over the intercom that they will conduct a drill. Some schools do not notify students and parents, however, and there are reports of drills including someone dressed as a masked gunman, the shooting of airsoft pellets, and the rattling classroom doorknobs.

Lockdown drills can cause trauma for students of all age groups. According to Dr. Laurel Williams, “It is developmentally normal for young children to not understand time and be able to distinguish between something happening now versus something possibly happening in the future.” The former president of the National Association of School Psychologists, Melissa Reeves, explains that drills can “potentially trigger either past trauma or trigger such a significant physiological reaction that it actually ends up scaring the individuals instead of better preparing them to respond in these kinds of situations.” Lockdown drills teach students that they are constantly in danger, that threats appear suddenly, and that they or people they know could die in their classrooms. Imparting this knowledge to young students through school drills can unsettle their sense of community and security.

Lockdown drills teach students that they are constantly in danger, that threats appear suddenly, and that they or people they know could die in their classrooms . . . While mass shootings in schools remain statistically unlikely, children and teens continue to report feeling unsafe in school, and these feelings are especially pronounced among female and LGBTQ+ students.

While mass shootings in schools remain statistically unlikely, children and teens continue to report feeling unsafe in school, and these feelings are especially pronounced among female and LGBTQ+ students. In a 2015 study, 10 percent of lesbian, gay, or bisexual students, as well as 13 percent who were “not sure about their sexual orientation,” reported being threatened or injured with a weapon at school, making LGBTQ+ students twice as likely to experience threats and violence compared to the general student population. Additionally, female students are more likely than male students to report feeling afraid of physical harm both inside and outside of school. Most often, when shots are fired in or near a school, it is by someone associated with the school, such as another student. This suggests that gun violence outside of school—including suicide, violent escalation of arguments, intimate partner violence, and unintentional shootings—also echo within and impact children and youth in school settings.

Leslie J. Harris: Through my work on the Gun Violence Project, my colleagues and I have been invited to talk to students at Milwaukee high schools serving predominantly Black students. We often begin by asking how many students have had experiences with gun violence, and nearly every student will raise their hand. Students share stories of domestic violence, suicide, regularly hearing gun shots, and witnessing seemingly random gun violence. Some have been shot or have been the shooter, and nearly all know someone who has been shot. However, the comment that has lingered with me the most is one teenage girl who explained that she did not feel that sharing her story mattered because “everyone knows what is happening to us, and they don’t care.”

While children in the United States experience a larger amount of gun violence than children in comparable countries, there are significant racial disparities in these experiences. For example, in Chicago, the odds of being exposed to violence are 74 percent higher for Hispanic children and 112 percent higher for Black children compared to white children, a difference the researchers find is substantially impacted by highly segregated, “disadvantaged” neighborhoods. Nationally, firearms are the second leading cause of death for children and teenagers, but they are the leading cause of death for Black children and teens, and, overall, about 3 million children witness gun violence annually. Exposure to gun violence can have short- and long-term effects on children, impacting school performance and emotional wellbeing and, in some instances, children experience post-traumatic stress disorder, which can result in aggressive behavior, depression, and interpersonal problems. Furthermore, the children most likely to be exposed to gun violence are the same children who tend to have the least community and school resources to cope with the trauma caused by that violence.

The children most likely to be exposed to gun violence are the same children who tend to have the least community and school resources to cope with the trauma caused by that violence.

Many children are also exposed to gun-related domestic or intimate partner violence. Children who are exposed to or victims of IPV display long-term trauma that can include trouble in school, violent behavior, and suicidal thoughts. In the United States, Black, Native American, and Hispanic women are most likely to die from domestic violence (which is most lethal when firearms are present). IPV can have profound effects on children and extended family, but families from these racial groups often have the least access to support and social services. IPV and threats with firearms certainly extend to LGBTQ+ individuals, but the data remains unreliable, especially in regard to the impact on children.

The persistent threat of gun violence has taught a generation of American children that they are expendable. While the death and physical injury caused by gun violence is well documented, researchers and policy experts must also consider the impact of trauma on children from gun violence, and the particular ways this trauma is amplified by gender, racial, and socio-economic differences.

The next generation already has a lot to worry about. Children should not need to worry about guns in their schools, neighborhoods, and homes. 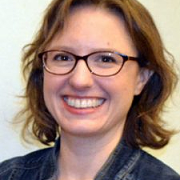 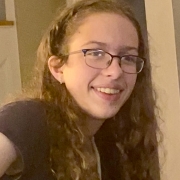 Leslie J. Harris is an Associate Professor of Communication at the University of Wisconsin-Milwaukee.

Anna Harris is a student at Whitefish Bay High School.

Will Working From Home Boost Gender Equality?
Scroll to top