Why We Need To Take Survivors, Not Rape, “Seriously”

When most people think about rape, they think about crime. Survivors and practitioners, of course, know that many responses to gender violence live outside the realm of criminal law: tort suits, civil rights actions, workplace or school disciplinary proceedings, restorative justice, or informal community accountability. But for those most familiar with sexual violence from Law and Order: SVU, calling the cops seems like the obvious and best response to rape.

This understandable but incorrect intuition has been used to promote a dangerous trend of legislative proposals: mandatory referral for sexual violence on college campuses. As I explain in my recent article in the Harvard Civil Rights-Civil Liberties Law Review, these bills, if passed, would go beyond any internal school mandatory reporting policies and require school administrators to forward all campus reports of sexual violence on to external law enforcement. Student victims and advocates explain that, if they could not retain control over the fate of their complaints, they simply would not tell anyone.

Many survivors decide that pursuing criminal charges just isn’t worth it. Even if they desire a criminal conviction, which not all victims do, the likelihood that a police report will result in prosecution, let alone a successful one, is very low. The risk of harassment, skepticism, and re-traumatization is very high. Survivors may want to seek practical support from their schools to ensure they can continue to learn, and so desire to report through the school’s internal system without triggering a criminal investigation. As previous dispatches in this series have emphasized, the ability to make choices is particularly meaningful in the wake of sexual assault, which victims often experience as a denial of their autonomy.

If mandatory referral to law enforcement reduced students’ reporting rates to schools, students would lose out on important services and accommodations necessary to continue their educations after gender violence, as required by Title IX. Victims with good reason to fear the police, like undocumented students, students of color, queer students, and trans students, would likely report at particularly low rates. And schools would have fewer opportunities to educate and hold accountable wrongdoers.

Despite the grave pitfalls of mandatory referral policies, the bills continue to pop up in states across the country, and a federal statute was proposed in 2015. Thanks in part to significant opposition from survivors and their advocates, none of these bills has passed in full, though the Virginia legislature passed a watered-down version. Still, lawmakers continue to push for mandatory referral to law enforcement: after my article went to print this year, Utah proposed yet another mandatory referral bill.

Some proponents seem misguided – assuming without either thought or malice that police involvement is always the right way to address rape – and are ultimately swayed by input from students and advocates. But the mandatory referral campaign, as a whole, is not some well-meaning but clumsy crusade for survivors: it’s a concerted effort to undermine victims’ civil rights led by groups consistently hostile to survivors.

Perhaps the greatest champion of mandatory referral, the Foundation for Individual Rights in Education (FIRE) argues that schools should have no role in investigating student reports of sexual harassment at all. This would mean the reversal of decades of Supreme Court precedent and Department of Education regulations explicitly requiring schools to investigate and respond to reports of sexual harassment, including rape, as part of Title IX’s prohibition of sex discrimination in education. The logic is simple: it is hard to learn in a classroom you share with your rapist. Schools, then, must ameliorate any sexually hostile environment as a matter of civil rights, separate from any criminal proceeding.

FIRE was joined in its support for the 2015 federal mandatory referral bill, the Safe Campus Act, by FratPAC – the national political action committee for fraternities, which have been under fire for tolerating and even promoting sexual violence. Another public voice in support of mandatory referral, Yale professor and noted phrenologist Jed Rubenfeld, has published a treatise on why most rape should be decriminalized and asked a student in his criminal law lecture, by her account, whether someone shoving a banana down her throat would constitute rape.

Part of what has made the campaign for mandatory referral so pernicious is that it has harnessed the intuition that the right response to rape is always criminal intervention, what I call in my article “seriousness” rhetoric. Writing in support of the Safe Campus Act, FIRE’s leader explained, “FIRE has repeatedly expressed our reservations about entrusting universities to adjudicate allegations of serious felonies like sexual assault. . . . Sexual assault is a serious crime.” FratPAC lobbyists justified their support for the same bill with supposed concern for victims: “When a perpetrator has been found guilty by the school, the most serious punishment available is expulsion. But those who commit sexual violence should be prosecuted to the fullest extent of the law.” (In fact, school discipline does not foreclose the option of criminal prosecution.) Groups that have consistently opposed survivors’ rights can claim that rollbacks of campus supports are necessary precisely because the offenses are so grave – and sound credible because their rhetoric reflects both widespread SVU­ intuitions and some feminist calls to action.

That rhetoric is dangerous, and genuine champions for survivors would be smart to abandon calls to “take rape seriously.” That demands volume over substance: a call for “seriousness” asks policymakers to reiterate their concern about rape but gives no direction about what, exactly, would actually help stop campus assault and support victims. The rhetoric is ripe for cooptation. Instead of taking rape seriously, we should take survivors’ needs seriously. And sometimes that means not calling the cops. 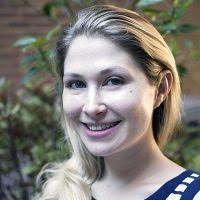 Alexandra Brodsky is a civil rights attorney who represents students facing sex- and race-discrimination in schools. Her scholarly work can be found on SSRN.

Restorative Justice for Sexual Misconduct: Not if but When
Scroll to top