What an amazing time to be a woman!

We’ve come so far from the days of being told our only value was in how well we cooked, cleaned, and took care of our home lives. Today, in addition to being excellent mothers and partners, we’ve also made our way into boardrooms, operating rooms, and courtrooms. We’re running for public office in record numbers. We’re at the center of major institutions and organizational infrastructure. We have come a long way.

But despite all of these achievements, we still have unfinished business. We know that women still face sex and gender discrimination, but we don’t all experience it in the same way. Intersections of race and class position us differently in the power-based hierarchy of sex and gender. Could the Equal Rights Amendment finally be an equalizer for all women?

Enthusiasm for the ERA Varies by Race and Class

In January, Virginia became the 38th state to ratify the ERA. I had conversations with women across the state when this most recent push began following Nevada’s ratification three years ago. No one knew how long this window of opportunity would be open, so efforts were fast-paced and intense. However, there were noticeable differences in levels of enthusiasm based on both race and class.

Black women are still paid 61 cents for every dollar paid to white men, and Latinas 53 cents to that dollar. Black women suffer prevalent and severe health disparities. Some of the Black and poor women I talked to simply did not believe the ERA would have any effect on their lives.

In terms of healthcare, much of the conversation about the ERA has focused on reproductive rights. This is a necessary conversation; however, it should not end there. Numerous studies explore sex- and race-based health disparities and their many causes. From doctors’ implicit biases and cultural incompetence to discriminatory insurance coverage, the healthcare industry is failing women, and especially poor and non-white women.

From doctors’ implicit biases and cultural incompetence to discriminatory insurance coverage, the healthcare industry is failing women, and especially poor and non-white women.

Differences in access, quality, and affordability lead to thousands of preventable deaths each year. For example, the maternal mortality rate for Black women is 40.8 deaths per 100,000 births, more than twice the rate for white women. Poor white women and women of color live in the most toxic environments, where air and water quality are low and access to fresh and healthy foods are an occasional luxury. How does the ERA make them whole? Can a legal provision that requires sex-based equality actually improve their life chances?

Nationally, 16 percent of women live in poverty compared to 13 percent of men, and women account for 60 percent of the country’s lowest paid workers. We have less access to financial resources than men. We own less property and fewer businesses. This is true even as we have seen a significant increase in the number of women getting advanced educational degrees.

As Danaya Wright explains, legal hurdles remain to recognizing the ERA as valid law. But even if it becomes part of the constitution, the ERA will only be as effective as its implementation. We’ve had an Equal Pay Act since 1963, followed by the Ledbetter Fair Pay Act in 2009. Yet, according to the Economic Policy Institute, women still suffer significant pay inequity. The gender wage gap difference between men’s and women’s annual earnings for full-time workers is 18 percent. It increases to approximately 38 percent for Black women and 44 percent for Latinas. Women are often segregated into the lowest paying jobs—hospitality and tourism industries, retail and even education. Some women can’t afford childcare, so they don’t participate in the workforce. That’s especially devastating for single mothers.

Because of the pay gap, a woman will lose about $1 million in wages over her lifetime when compared to men.

Will the ERA Lead to True Equality?

Poor and non-white women should never feel like movements for sex and gender equity and justice don’t relate to us or that they don’t address our wants and needs. Racial and class identities must remain a critical part of our discussions in the movement to include sex equality in the U.S. Constitution.

If the ERA doesn’t open the door to addressing these real inequities, it will be a largely symbolic achievement. As Kim Forde-Mazrui notes, the ERA only prohibits discrimination by government, not by private actors. The ERA will not reduce the pay gap and health disparities unless Congress passes additional legislation to implement it well.

The ERA will not reduce the pay gap and health disparities unless Congress passes additional legislation to implement it well.

Since the federal amendment has not been rewritten with more inclusive, intersectional language, we must rely on interpretation at the national level and push for state amendments that contain the inclusive language that the federal one lacks. Policy advocates must push for a broad interpretation of the ERA that focuses on remedying the effects of past and present discrimination and that allows targeted enforcement to help those who have suffered most. Finally, we need more women as federal judges, and especially women who understand the plight of poor women and women of color. Active representatives would support broader interpretations of the ERA and could make implementation more effective.

We’ve got a lot of work to do. I hope we won’t settle for symbolism at this important moment. 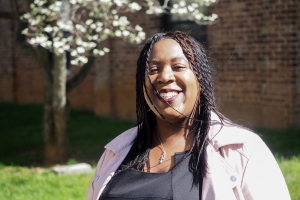 Dr. Brandy S. Faulkner is the Gloria D. Smith Professor of Africana Studies and faculty in Political Science at Virginia Tech. Her interests are in race and public policy and U.S. constitutional and administrative law.

The Carceral State Will Not Be Feminist
Scroll to top