The spring 2018 teacher strikes in Republican-dominated states were unprecedented. Statewide teacher walkouts—particularly high-risk actions like the open-ended labor stoppages in West Virginia, Arizona, and Oklahoma—have been rare in American history.  The strikes were also distinct in terms of how fast the grassroots efforts emerged and how activists used social media to quickly cultivate that militancy. While those aspects of the strikes received plenty of media attention, though, one aspect of the strikes begs examination: these red-state teacher strikes were the collective response of a mostly female workforce against a decades-long assault on public education.

Since the advent of universal public education in the 1800s, the value Americans place on teachers has corresponded with the gender constitution of the teaching force.

Once a male-dominated field, teaching became an overwhelmingly female occupation in the nineteenth century. According to historian of education Geraldine Clifford, the teaching force was almost 60% female by 1880, and over 70% just twenty years later. Since that time, the American classroom has largely remained the domain of women workers.  Indeed, there’s a compelling argument to be made that the only reason states were able to fund such a dramatic expansion of education access in the nineteenth and early twentieth centuries was because women were paid less than male teachers. Clifford documents that, in 1906, male teachers earned approximately 38% more than their female counterparts.

Though the percentage of male and female teachers never came close to parity in the twentieth century, an analysis of the teaching force’s shifting gender constitution can tell us a lot about the social and economic position of teachers. Beginning in the 1960s, more men entered into the teaching profession. Examining data from the National Center for Education Statistics (see p. 77), we see a gender composition of about 69% female and 31% male in the early 1960s.  By 1971, men comprised 34.3% of the teaching force, dropping in the ensuing years.

Since 1976, the profession has grown increasingly female: today, over 76% of the teachers in the U.S. are women.

There are many reasons for these demographic changes.  One possibility, of course, is that as more women moved into the workforce in the late twentieth century, they sought jobs in education.  This narrative holds some intuitive sense, given that women, on average, take on double the childcare duties that men do and teaching provides a work schedule—with time out of the classroom in the summer, for instance—that makes working while parenting a more tenable path.

But there is another possibility.  In the 1960s, when more men went into teaching, there was a growing American consensus around the importance of education, evidenced by groundbreaking federal legislation like the Elementary and Secondary Education Act (1965).  As I’ve written elsewhere, this era saw teachers using collective bargaining—and, often, strikes—to wrest higher salaries, better benefits, and enhanced working conditions from school boards. Perhaps, then, men turned to teaching because its status was rising and it now seemed like a viable career providing a “family wage.”

Just a decade later, economic downturn and inflation began to put school boards in a position to play hardball in union negotiations, and teacher salaries stagnated. According to NCES data, in inflation-adjusted dollars, the average teacher salary declined over the course of the 1970s, not rebounding until 1990 (see p. 45).  A recent study published by Sylvia Allegretto and Lawrence Michel through the Economic Policy Institute shows that the downward trend picked up again in the 1990s, with a decline in inflation-adjusted dollars of about $27/week in the period from 1996 to 2017.  Compared to similarly situated workers in other professions, female teachers are now penalized about 15.6% and male teachers make about 26.8% less than their non-teacher peers.  In red states like West Virginia and Oklahoma, pay for the overwhelmingly female workforce has suffered even more, particularly as the states’ wealthy convinced legislatures to limit or reduce taxes.

In this period of wage decline, the American teaching force became more and more female.

It is hard to know whether this gendering of the teaching profession has led to lower pay or if lower pay has led to more gendering.  The bottom line, as a widely circulated New York Times op-ed points out, may be that, broadly speaking, public sector jobs like teaching no longer necessarily offer the promise of a secure, “middle-class” life.  Union representation and the attendant possibility for militant, worker-led action that it provides, is absolutely vital in helping public employees, particularly women, improve their economic position, but it is in peril throughout the U.S. The consequences for women are broad, especially since 58% of the state and local public employees covered by collectively-bargained contracts in the US are women, and the union wage premium for women is significantly higher than for men.  For women of color, who face both systemic racism and sexism, unions are even more vital in helping to advocate for good pay and benefits.

With the exception of the historian Lane Windham, few observers have drawn attention to last spring’s education strikes as the organized uprising of a gendered workforce. Windham importantly notes that we must also view these strikes as a harbinger of a growing militancy among all those people who work for less money and respect than they should—in fact, the administration and courts’ moves to strip unions of their membership bases and bargaining power indicates that at least some at the top have already felt the threat of collective action. Now, we must reposition women workers as central in that fight. 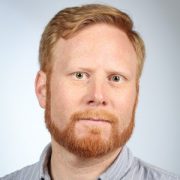 Jon Shelton is associate professor of democracy and justice studies at the University of Wisconsin-Green Bay.  He is the author of Teacher Strike! Public Education and the Making of a New American Political Order (University of Illinois Press, 2017).