With the ratification of the Equal Rights Amendment by Virginia, three-fourths of the states will have ratified the proposal, but it is far from clear whether the ERA will become the 28th amendment to the U.S. Constitution. We are in unprecedented constitutional territory now.

The ERA was proposed in 1972 after Congresswoman Martha Griffiths used a technical rule to move the proposal out of committee, where it had been stalled for nearly 50 years, and to the floor for a vote. As the proposal was being debated, a seven-year ratification deadline was included in the preamble. Although the ERA was not ratified within seven years, it has now been approved by 38 states, setting up two unprecedented legal questions: the validity of the deadline and whether states may rescind after they have ratified.

Although the ERA was not ratified within seven years, it has now been approved by 38 states, setting up two unprecedented legal questions: the validity of the deadline and whether states may rescind after they have ratified.

Under the law, amendments become effective immediately upon ratification by the last state, but with questions about the legality of the ratifications, and a two-year window for states to implement the ERA, it is urgent that the Supreme Court settle the fate of the ERA.

Amending the Constitution: Congress and the States

The third function is determining whether ratification will occur via state legislatures or state conventions, and that power rests solely with Congress, with only a simple majority required. There are no express limitations on Congress’s power to determine the mode of ratification except that legislatures and state conventions are the only options.

In the past, these three functions have operated relatively smoothly, with Congress passing a proposed amendment by a two-thirds majority, and then including a preamble that identifies the mode of ratification. In every instance, the joint resolution, with the preamble and the text of the amendment, have been passed as a joint bill with a two-thirds majority of both houses.

But beginning with the 18th Amendment (Prohibition), a seven-year deadline was introduced by then-Senator Warren Harding as part of the proposed amendment. The deadline was quite controversial, and many senators thought it was an unconstitutional limitation on the states’ ratification power. But despite the deadline, the amendment was ratified by the states within seven years. When it was later challenged by a criminal defendant in Dillon v. Gloss, the Supreme Court held that the fully ratified 18th Amendment was not unconstitutional simply by virtue of the inoperative deadline.

Following the Court’s decision in Dillon, the 20th, 21st, and 22nd Amendments included seven-year deadlines within the text of the amendments themselves, and all passed by the deadline. But in the 1960s, some suggested that including the deadline in the text cluttered the constitution with superfluous matters, and that any deadline should be moved to the preamble. This seemingly minor change would turn out to be quite significant in the fight to pass the ERA.

In the 1960s, some suggested that including a deadline in the text cluttered the constitution with superfluous matters, and that any deadline should be moved to the preamble. This seemingly minor change would turn out to be quite significant in the fight to pass the ERA.

The 23rd through 26th Amendments included seven-year deadlines in the preambles, and, like their predecessors, all were ratified within the appropriate time frame. In 1972, the ERA was also saddled with the now seemingly ubiquitous deadline in the preamble. Like its 20th-century predecessors, people thought it would quickly pass, as 30 states ratified it within the first year.

But the history of the ERA’s opposition is well-known (and has recently even been chronicled in an FX mini-series). Conservative activist Phyllis Schlafly mobilized significant opposition to the ERA and only five more states ratified in the next six years. Moreover, thanks to her efforts, Nebraska, Tennessee, Kentucky, Idaho, and South Dakota rescinded their ratifications or passed bills to sunset them. When the original deadline expired in March, 1979, 35 states had ratified but five had purportedly rescinded their ratifications.

Believing that a little more time would allow reluctant legislatures to see the importance of the ERA, Congress extended the deadline by another seven years, but opposition had grown thanks to Schlafly and her supporters. In late 1978, a majority in Congress was willing to extend the deadline, but not a two-thirds majority. Because the deadline was located in the resolving clause and not in the text of the amendment, Congress passed a joint resolution extending the deadline by three years with a simple majority, under its power to determine the mode of ratification. Yet even after this controversial extension, no additional states ratified.

ERA Proponents: Is the Deadline Either Amendable or Unconstitutional?

In 1992, the 27th Amendment was ratified after 203 years to prevent Congresses from voting themselves pay raises on their way out of town for vacation. The states’ persistence made clear that the ratification power rests solely in their hands, and that they have the power to determine not only whether but when to ratify an amendment.

With that precedent, ERA proponents began to view the seven-year deadline as either entirely unconstitutional or perhaps waivable by Congress if enough states were to ratify. With the #MeToo movement and other issues of gender inequality underscoring the ongoing need for the ERA, activists renewed their efforts to bring it forward in states that had previously rejected it or had never voted on the proposal.

With the #MeToo movement and other issues of gender inequality underscoring the ongoing need for the ERA, activists renewed their efforts to bring it forward in states that had previously rejected it or had never voted on the proposal.

Nevada ratified the ERA in 2017, Illinois in 2018, and Virginia in 2020, yielding the required 38 states and setting up unprecedented legal questions.

Section 3 of the ERA provides a two-year window after ratification before the amendment becomes legally effective.  Consequently, Congress and the states need to know sooner rather than later whether the ERA is now the 28th Amendment and whether they need to amend their laws and policies to accommodate its equality mandate.

Until Virginia ratified, all constitutional questions about the validity of the deadline and the rescissions were moot. Now they are very much alive. The likely first question will be whether the deadline is either amendable by Congress, since it is not part of the text the states ratify, or entirely unconstitutional. One can argue that “when ratified” means “whenever ratified,” and that any deadline is an unconstitutional infringement on the states’ sole ratification power. One could also argue that deadlines in the text are permissible but not in the preamble, because the textual deadlines are ratified by the states. And one could argue that all deadlines are permissible because they are an inherent part of Congress’s mode-of- ratification power. Silence in the Constitution is usually interpreted to mean that Congress does not hold additional implied power. But whether the Court will apply that doctrine under Article V is an open question.

There are similarly unprecedented questions on the issue of state rescissions. There is no Supreme Court authority on the matter, although a District Court in Idaho held that its rescission of the ERA was valid. But the U.S. Supreme Court vacated that decision when the ERA timed out. There is historical precedent that rescissions are invalid: Ohio and New Jersey rescinded their ratification of the 14th Amendment and New York rescinded its ratification of the 15th Amendment, and those rescissions were not recognized. However, subsequent ratifications of both amendments by additional states made those rescissions irrelevant. Rescissions are problematic: if states could reject, ratify, and rescind indefinitely, the entire ratification process would be upended. Since Article V speaks only of ratification, most scholars view ratification as a one-way street. States may not rescind.

At bottom the question will be whether either the deadline or the rescissions are sufficient to frustrate the will of the people, expressed through a super-majority of their state legislatures.

At bottom the question will be whether either the deadline or the rescissions are sufficient to frustrate the will of the people, expressed through a super-majority of their state legislatures. No amendment has ever been held to be void once it has obtained the requisite number of state ratifications, but no amendment was ever ratified after a Congressionally-imposed deadline.

Although legal challenges have been filed in a number of federal district courts, they are just waystations on the path to the Supreme Court. And bills have been introduced into Congress to extend or waive the deadline. Only a Supreme Court interpretation will settle these questions. That means these cases must move through the courts fairly quickly so Congress and the states know whether to amend their laws in accordance with the ERA.

Many commentators have questioned whether the ERA is worth the effort; will it result in sufficient improvements for women of all classes and races? Brandy Faulkner and Kim Forde-Mazrui caution us that passage of the ERA may not result in the sweeping legal and social changes that our foremothers had hoped for. And while they may be right, we must realize that neither social nor legal changes happen overnight. If the ERA is to have any permanent effect, it will take decades or even a century for some of those changes to be realized. The current conservative Supreme Court is unlikely to spearhead any cultural transformation in gender relations. 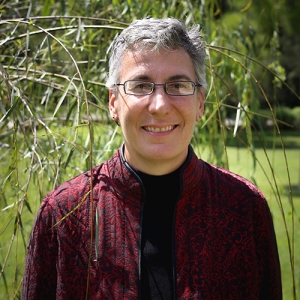 Danaya C. Wright is the Clarence J. Teselle Endowed Professor at the University of Florida’s Levin College of Law. She has published numerous articles on women’s legal history, constitutional law, property, and trusts and estates.

Will the ERA Lift All Boats?
Scroll to top