Everywoman Everywhere has mobilized a tremendous grassroots campaign in support of a new international treaty to prevent violence against women and girls. Such a treaty would elevate prohibitions against violence to the status of international law and obligate governments that ratify it to comply. Nonetheless, a new treaty would leach resources and energy away from the main treaty on women’s rights within the United Nations, the Convention on the Elimination of All Forms of Discrimination Against Women (CEDAW). As Marsha Freeman’s contribution to this symposium makes clear, international treaties require significant resources to make them effective. Rather than creating a new treaty, why not simply amend CEDAW? The process for amending CEDAW is simple and it would strengthen the existing architecture that supports international women’s rights rather than weaken it.

Amending CEDAW would provide a more direct way to raise the legal status of violence against women than starting from scratch with a new treaty.

Article 26, section 1 of CEDAW outlines the process for changing the text of CEDAW. Any country that has ratified the Convention (known as States parties) may request a revision at any time by providing “a notification in writing addressed to the Secretary-General of the United Nations.” Amendments must be approved by two-thirds of the States parties in order to pass. While CEDAW has not been formally amended, other UN human rights treaties have. In 1992, the Convention on the Elimination of Racial Discrimination and the Convention Against Torture were revised to allow for additional resources that would support the work of the committees that oversee them. In 1995, the Convention on the Rights of the Child was amended to increase the size of the committee that oversees compliance from ten to eighteen people. The General Assembly approved a change to the text of CEDAW in 1995, removing the two-week limit on the time allowed for the CEDAW Committee to meet. The two-thirds threshold for formal ratification has not yet been met, suggesting that the process is not automatic. Approving a substantive amendment to CEDAW will require advocates to marshall a lot of energy—but less energy than they’d exert to develop a brand-new treaty.

Drafting a new treaty on violence against women would cannibalize the authority that CEDAW has worked so hard to achieve.

CEDAW obligates the countries that ratify it to eliminate legal forms of discrimination and to take positive measures to expand women’s rights. Since the General Assembly approved it in 1979, it has been ratified by all but six UN member nations. Ratification commits countries to a rigorous and continuous process of reporting their compliance with the convention. Many countries participate faithfully in the reporting process, devoting significant resources to it and subjecting themselves to vigorous review by the committee that oversees compliance. Research shows that ratification of CEDAW is correlated with increases in women’s life expectancy, higher rates of women in elective office, increases in the ratio of girls to boys in primary and secondary education, access to family planning and employment opportunities for women as well as the adoption of women’s rights policy.

CEDAW has grown stronger over time as more countries ratify it, more non-governmental organizations participate in the reporting process and the CEDAW Committee develops ever clearer and more sophisticated interpretations of the treaty.

To be sure, the formal text of CEDAW does not address violence against women explicitly. CEDAW was drafted in the 1970s and approved by the UN General Assembly in 1979, just a few years before violence against women emerged onto the global agenda as a pressing issue. The CEDAW Committee, the group of experts who oversee compliance with the treaty, has addressed this lacuna by issuing a series of General Recommendations that define violence against women as a form of discrimination and clarify the ways in which violence is relevant to each of the substantive articles of the convention.

The countries that have ratified CEDAW have taken seriously the Committee’s guidance on violence against women for the past several decades.

As a result, CEDAW’s “prohibition of gender-based violence against women has evolved into a principle of customary international law,” a term that refers to a well-established practice among States parties to an international agreement.

Rather than a new treaty, amending CEDAW would provide an opportunity to capitalize on the extensive work that the CEDAW committee has put into developing an effective jurisprudence around violence against women.

Creating a new treaty threatens to undermine the factors that make existing treaties effective. Human rights treaties provide a focal point and a source of leverage for advocacy at the local level.

A new treaty will divert the energies of advocates away from CEDAW and the other international agreements that are relevant to women’s rights.

Ensuring the success of a new treaty on violence against women will require four steps: first, persuading the United Nations to draft it; second, convincing UN member nations to ratify it; third, ensuring that those countries that ratify it actually comply with it; and fourth, sustaining engagement with the reporting process over time to ensure accountability. Achieving these successes will require extensive and sustained mobilization over the long term and will direct resources away from current engagement in the CEDAW process, from interactions with other UN bodies that address the status of women, and from direct service provision and prevention efforts at the domestic level.

Everywoman Everywhere’s call for action has galvanized women’s organizations around the world. As of November 10, 2018, more than 2,200 advocates representing 840 organizations from 147 countries have pledged their support for a treaty on violence against women. This tremendous wave of energy should be channeled into persuading the countries that have already ratified CEDAW to support an amendment that would raise the legal standard of violence against women in international law. This will strengthen the existing international architecture for women’s rights. 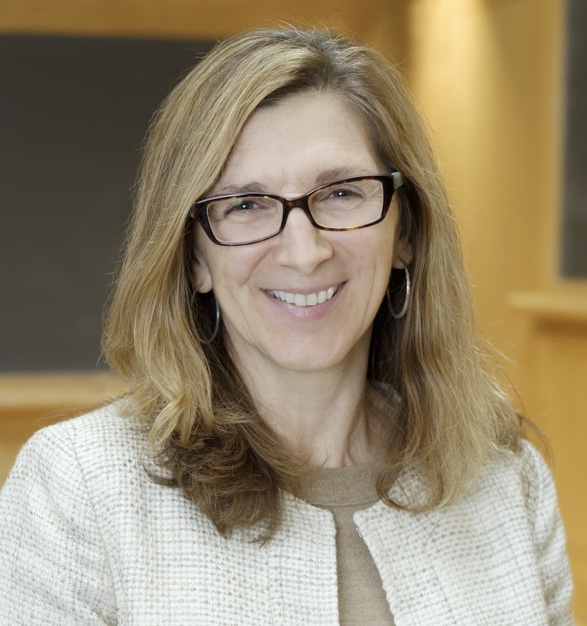 Lisa Baldez is Professor of Government and Latin American, Latino and Caribbean Studies at Dartmouth College. Her book, Defying Convention: US Resistance to the UN Treaty on Women’s Rights, explains why the United States has not ratified CEDAW.

The Latin American experience suggests it is time for a new international treaty...

Ending violence against women and girls requires radical commitment – not...
Scroll to top